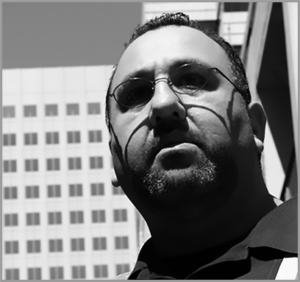 Anthony F. Sanchez received his BSc. in Computer Information Systems from Western Governors University of Salt Lake City, UT. In addition to being a Software Consultant for the State of California through his own company, Anthony has been employed for 16 years as a Software Engineer working for 3Com, Intel, Acer, Netscape Communications, and Hewlett Packard performing high level software development supporting scientific engineering and business intelligence projects.

He became interested in UFOs back in 1989, at the time Area 51 surfaced as a public phenomenon. Since 2000 he has researched the subject matter thoroughly employing various scientific methods and hands on approaches, thus compiling decades worth of UFO related research data.

For the purposes of augmenting his knowledge on Human Origins, Anthony has also studied in detail, ancient religious texts which include the Nag Hammadi codices, various gospels from the Dead Sea Scrolls such as the 'book of Giants' and 'book of Enoch'. He has also studied Sumerian-Babylonian translations such as the Enuma Elish and the Atra-Hasis in addition to numerous Akkadian Mesopotamian cylinder seals and Akkadian cuneiform inscriptions.

Sanchez is the author of: UFO Highway... a book that brings to an end the 30 year old mystery surrounding the enigmatic battle between Greys and elite U.S. fighting forces at Dulce, New Mexico.

Tonight we are going to talk about lost history, ancient religious texts, the Dead Sea Scrolls, the Nag Hammadi and how they relate to what we know about ET today...combined with the recent revelations about the Great Pyramid of Giza.