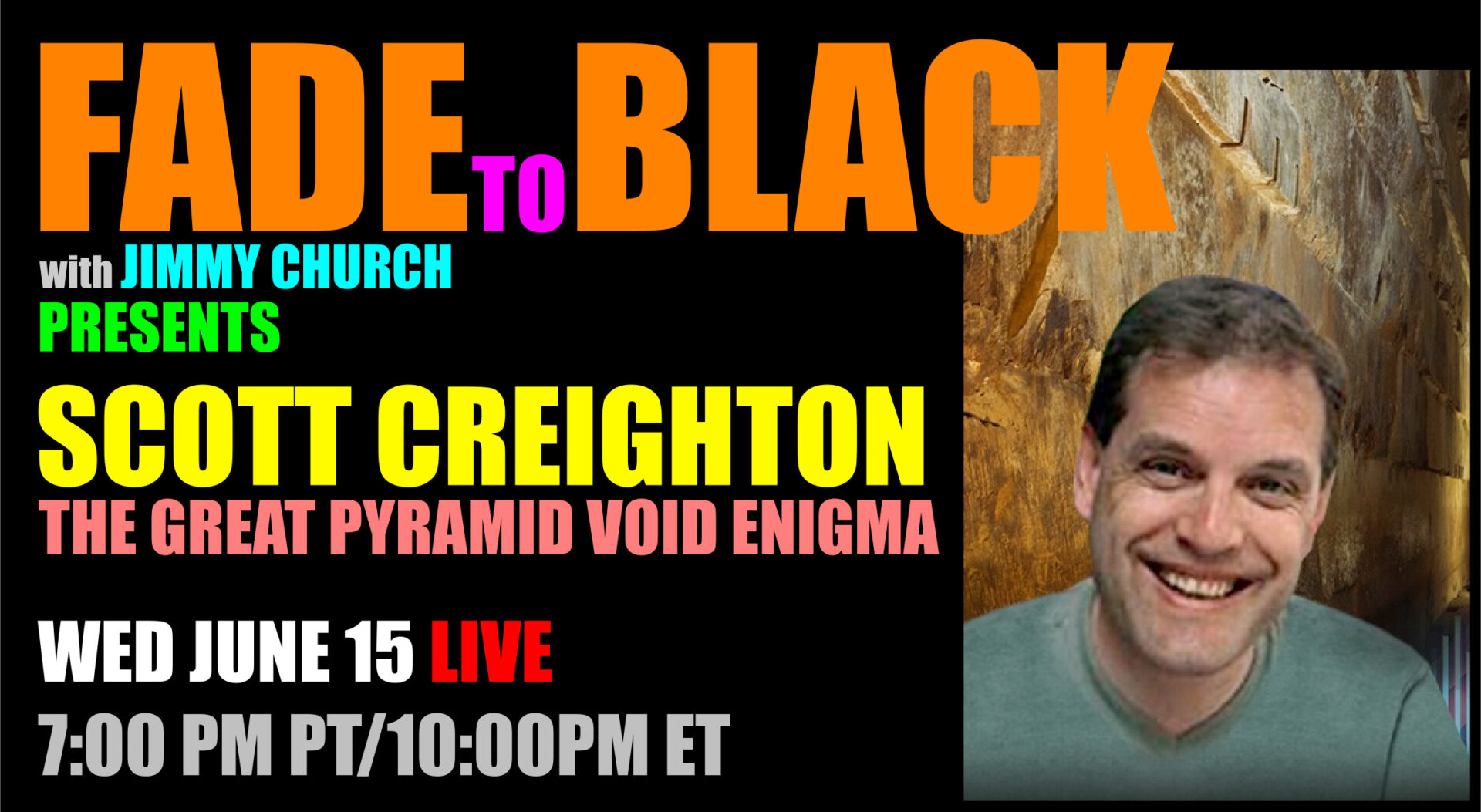 Tonight, Wednesday on FADE to BLACK: Scott Creighton joins us live from the UK to discuss his new book: "The Great Pyramid Void Enigma".

Scott Creighton is an engineer whose extensive travels have allowed him to explore many of the world’s ancient sacred sites. The host of the Alternative Egyptology forum on AboveTopSecret.com, he lives in Glasgow, Scotland.

Tonight, Scott Creighton will reveal how back in November 2017, an international team of more than 30 scientists published the results of their two-year-long Great Pyramid research project in the journal Nature. Using an advanced imaging technique known as muon tomography, three groups working independently from each other discovered a massive, previously unknown space within the Great Pyramid of Giza, a short distance above the pyramid's Grand Gallery.

Exploring the controversy surrounding the Big Void, Scott artfully debunks many of the theories about the purpose of this massive chamber as well as other long helf Egyptology beliefs.