Dana Dunn, Ph.D. is known for her work as a Professional Intuitive Counselor, Medium and Channel for the last 28 years and has a worldwide clientele.  She has a Ph.D. in Metaphysics, is a graduate of the International College of Astrology, and is a Certified Clinical Hypnotherapist.

She has been featured in many magazines and TV shows, leads tours to sacred places and teaches classes to help others discover their higher self while honoring each individual’s spiritual path to illumination and wholeness. 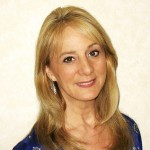 She is a member of the Board of Directors, MUFON Orange County. She became interested in UFOs from experiences during childhood in England which led her to find out everything she could about the phenomena.

As Associate Producer with the Conscious Life Expo for the past 13 years, she runs the sections of the expo that cover UFOs, Ancient Aliens and Conspiracies. She is the host and producer of the UFO Panel and Ancient Alien Panel, bringing together experts in the field and also sharing her own research into various UFO cases and our hidden ancient history.

She travels to Puerto Rico to research the major UFO occurrences there and also investigates regularly in her native England.

Serena also has a background in the Entertainment Industry, first working for the BBC in London and then as Personal Assistant to two Hollywood celebrities in Los Angeles. She also spent many years in Vedic studies and practice. She lived in temples and was initiated as a Brahmin. She is an accomplished Vedic Astrologer, using a combination of her psychic ability and astrology to assist clients worldwide.