Adam Curry On Fade To Black 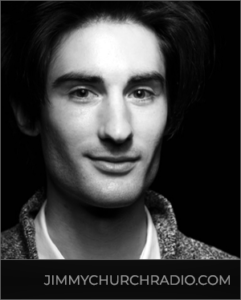 Adam M. Curry is an inventor and tech entrepreneur in Silicon Valley. His background is in traditional hardware and software startups, and in the scientific study of consciousness, having spent over ten years in its research community, at places like Princeton University’s PEAR lab
and the Institute of Noetic Sciences.

Adam got his start in tech at 17, when MIT named an asteroid after him for inventing a new seismology device based on electrogravitics. His work has been featured on Through the Wormhole, VICE, and elsewhere.

Currently he is co-founder and manager of several companies based on new-paradigm science, including Entangled: a mobile app that explores global
consciousness.

Is the Mandela Effect simply widespread false memory syndrome, or could physical reality be shifting behind the scenes?

Adam will discuss some of best examples of the effect, cover a variety of
proposed explanations, and relate some of his adventures attempting to create "mini Mandala Effects" using quantum devices in his lab.