Alex Teplish On Fade To Black 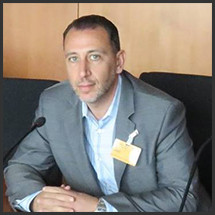 Alex Teplish was born in Odessa, Ukraine, formerly known as the USSR. Having his grandparents survive concentration camps during the Holocaust and his parents struggling to live a decent life, they decided to immigrate to the United States, while Alex was still young. He went on to enjoy an average, American childhood and life growing up in Brooklyn, NY. Since an early age, he has had an inquiring mind and took a great liking and interest in Science and all things related; astronomy, extraterrestrial life, science-fiction, and comic books. There was also another, very inquisitive side of Alex that found interest in art/drawing, history, various religions & cultures, and other ancient stories.