Andrew Collins On Fade To Black 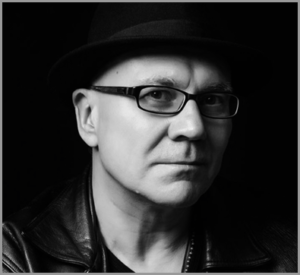 Andrew Collins is a writer and historian and is the author of more than a dozen books that challenge the way we perceive the past. They include From the Ashes of Angels, Tutankhamen: The Exodus Conspiracy (co-authored with Chris Ogilvie Herald, The Cygnus Mystery and LightQuest... which demonstrates that many UFOs are most likely plasma constructs that display sentience, clear intelligence and interactive qualities.

In 2008 Andrew and colleague Nigel Skinner Simpson discovered a previously unrecorded cave complex beneath the pyramids of Giza, which has brought him worldwide acclaim and is told in his book Beneath the Pyramids.

Andrew is the author also of Göbekli Tepe: Genesis of the Gods... which reveals the role played by Göbekli Tepe in the origins of civilization, and rise of myths and legends regarding the Watchers of the book of Enoch, the Anunnaki of Mesopotamian mythology and the Garden of Eden of the book of Genesis.

Andrew’s new book Atlantis In The Caribbean pins down the source of Plato’s Atlantis to the Caribbean island of Cuba and the Bahaman archipelago.