Barrett Brown On Fade To Black 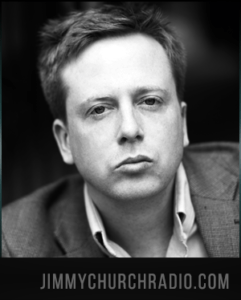 Barrett Brown is a writer and anarchist activist. His work has appeared in Vanity Fair, the Guardian, The Intercept, Huffington Post, New York Press, Skeptic, The Daily Beast, AL-Jazeera, and dozens of other outlets. In 2009 he founded Project PM, a distributed think-tank, which was later re-purposed to oversee a crowd-sourced investigation into the private espionage industry and the intelligence community at large via e-mails stolen from federal contractors and other sources. In 2011 and 2012 he worked with Anonymous on campaigns involving the Tunisian revolution, government misconduct, and other issues. In mid-2012 he was arrested and later sentenced to four years in federal prison on charges stemming from his investigations and work with Anonymous. While imprisoned, he won the National Magazine Award for his column, The Barrett Brown Review of Arts and Letters and Prison. Upon his release in late 2016 he began work on the Pursuance System, a platform for mass civic engagement and coordinated opposition. His third book, "My Glorious Defeats", will be released from Farrar, Strauss, and Giroux in February 2019.