Barry Littleton On Fade To Black 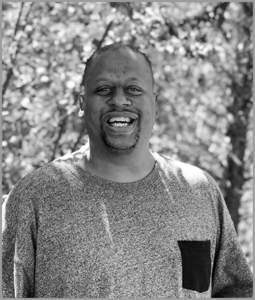 Barry Littleton was born somewhat awake, & had odd past life memories from the beginning. In childhood he had intense telepathy, & began having odd encounters with different beings that he didn’t understand who, or what they were. Some of these childhood experiences included encountering dis-incarnated people, strange playmates, and awakening not in his bedroom or house. There was no way of proving these odd encounters he was having, so he asked for them to become more tangible, to be even more physical.

At the age of 18 his experiences became even more physical, & resulted in four separate encounters that totaled about 18 hours of missing time. The combined experiences of missing time, conscious encounters, & past life memories; lead him to do a vast amount of research in attempt to verify & explain the experiences. He’s physically been on several different craft, & has seen several different types of beings, much of which he is able to describe in detail. He has studied, researched, & practiced several aspects of the spiritual, metaphysical, & paranormal phenomenons.

In late 2010 Barry was involved in a near terminal car accident, in which he received 4 Catastrophic Traumatic Brain Injuries and had an NDE on the way to the hospital. It is chiefly because of that accident, that he is now speaking out about Contact Experiences.

Tonight we are going to cover the life of Barry...from first contact through to the present day...