What Is Your Thoth Process? 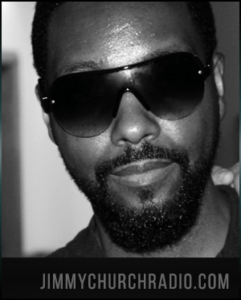 Billy Carson is the author of ‘The Compendium of The Emerald Tablets‘ and an expert host on the new original streaming series by Gaia named Deep Space. The series is an exploration of the “Secret Space Program” and the types of technologies being used along with their potential origins. Carson is also an expert host on Gaia’s original series, Ancient Civilizations.

Billy Carson has combined forces with the top anomaly hunters in the world to form the United Family Of Anomaly Hunters (UFAH). Their mission is to provide evidence of past and present life on Earth and other celestial bodies inside our solar system, and of technologies being used along with their potential origins. The group claims to have pioneered two new fields of science: Archeo-astronomy and Astro-anthropology.

Billy Carson is the CEO of First Class Space Agency based in Fort Lauderdale, Florida. Carson’s space agency is involved in research and development of alternative propulsion systems and zero-point energy devices. Billy Carson is also the founder of Pantheon Elite Records. The label features five conscious music artists including himself. Carson is also a contributor to Thrive Global and is a registered International Journalist.

Billy Carson is the founder of https://www.4biddenknowledge.com/.