Bob Fletcher On Fade To Black 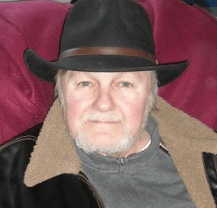 Bob Fletcher owned a toy factory in Marietta, Georgia near Lockheed Dobbins Air Force Base in 1985. In order to expand his business, Fletcher merged with a partner, Gary Best. Later, he found Best was a high-ranking covert intelligence agent who intended to use the toy company for arms dealing. Angola, West Africa, Afghanistan, Pakistan and Ollie North’s Contra dealings were all part of the new connections of Fletcher’s toy company. Due to these circumstances, Fletcher was interviewed for the Iran/Contra hearings and was a deposed witness for the Christic Institute’s 24 million dollar legal proceedings against the Iran/Contra lineup which actually began in 1954. In spite of a five-year investigation, Fletcher’s 365-page deposition and a mountain of evidence including 1,500 other depositions that linked US intelligence figures to drugs, arms shipments and assassinations, the government threw the case out on the basis it was a frivolous action. Following his ousting from the toy company, Fletcher eventually wound up in Noxon, Montana with a small group of people who began the Militia of Montana. This affiliation put him on numerous TV talk shows and before a US Senate investigation committee targeting US militia activity in 1995. A comment by Fletcher about the scientific ability to control the weather created a storm of attempted debunking by authorities.
Since then, he has turned his attention to the return of Planet X: Nibiru and the latest evidence for the rogue 'Planet X,' and how underground cities and hideouts have been developed for the elite to seek refuge.