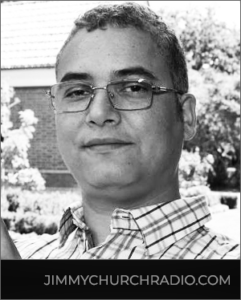 Bruce R. Fenton is the author of the revolutionary human origins e-book series, The Forgotten Exodus. He was born in the historic English town of Cheltenham, England. He graduated from Anglia Ruskin University in 2002, having studied Information Systems.

Fenton is a world traveller and public speaker, his research activities have featured in the UK’s Telegraph Newspaper and on a popular Science Channel show. He is a current member of both the Palaeoanthropology Society and the Scientific and Medical Network.

Tonight we are going to discuss human origins and his book: The Forgotten Exodus: The Into Africa Theory of Human Evolution and Hybrid Humans: Scientific Evidence of Our 800,000-Year-Old Alien Legacy written by his wife, Daniella Fenton.