Chance Gardner On Fade To Black 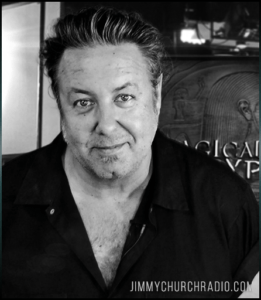 Chance Gardner is a multi-award-winning graphic designer, 3d animator, cinematographer and editor. After a 20 year career producing motion graphics and on-air promo for major tv networks including 20th Century Fox, Paramount Studios and NBC/Universal, he retired from television in 2001 to make documentaries. HIs first documentary "Magical Egypt" became a cult classic and is still in wide circulation around the world.

Tonight we are going to talk about the making of Magical Egypt 1 and 2, lost history and civilizations, art, symbolism and what makes Egypt the most important piece of the puzzle that is still lost.