Christopher Bledsoe On Fade To Black 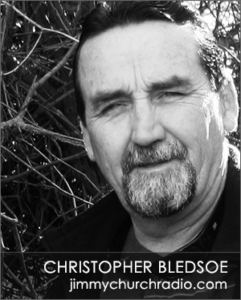 Tonight is Part Two of our conversation with Chris Bledsoe Sr., a fluid continuation from last week's amazing broadcast!

Chris currently lives in North Carolina with his wife Yvonne and their four adult children residing nearby. He enjoys building projects, gardening, being in service to others utilizing his healing gifts, and traveling with his wife.