Cort Lindahl On Fade To Black 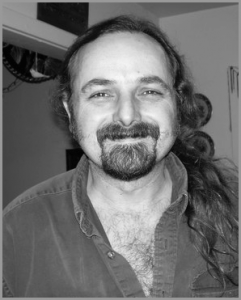 Cort Lindahl grew up the son of a Chief Master Sargent in the United States Air Force and lived around the world in places like Panama and Turkey. In addition Cort is half Newfoundlander.

Cort has been studying ancient geography and the concept of the Axis Mundi for almost ten years. His background in geography, cartography, archaeology, and art history contributed a great deal to Cort's view of these subjects. Via these studies aspects are revealed that seem to change the scope of many of the mysteries and treasure legends that have fascinated the public at large for years. Places like Oak Island, The Beale Treasure, The Kensington Rune, and Mysteries of Mt. Shasta may all have a common origin in family traditions and organized quests created to inform one of hidden tenets of American history and much more. These kinds of initiatory quests were often applied to groups that had been persecuted and used as a symbolic way for people to communicate their ideals and knowledge of the hidden tenets of their beliefs or goals. This phenomena can be seen in places associated with both the Church and secret societies.