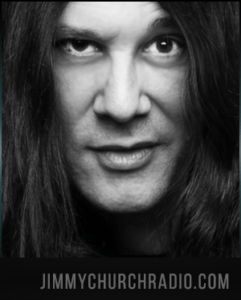 Curtis Don Vito is a singer, songwriter, artist and front-man for the rock band SNEW. A multiple abductee, psychic, clairvoyant, Curtis has spent his entire life communicating with angels, guides and spirits from other dimensions.

SNEW is an American hard rock band from Los Angeles, California, who are set to release their new album, You’ve Got Some Nerve, on September 17th, 2018.

Formed in 2005, SNEW has released three albums, numerous singles and has sustained a steady tour schedule across the US along with major festival appearances. SNEW maintains an international fan base with critical acclaim from major publications and radio around the world.

SNEW has released four singles to date. Highway Star (the Deep Purple classic) with special guest Allan Holdsworth on lead guitar 2009, Thunderdog 2014, The Juice of Power 2016 and UR Freaking Me Out 2018. All produced by Bobby Owsinski.

Tonight, Curtis is going to talk about his life of contact, Rock and Roll and the SNEW World Order.