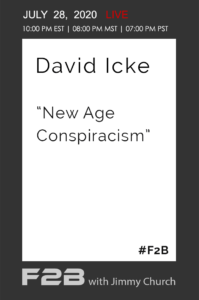 Tonight, our guest is the ground-breaking author and public speaker, David Icke. Tonight we are going to discuss his new about to be released book and we need his view about what may really be going on with this very real situation that is gripping the entire planet with no end in sight.