Del Bigtree On Fade To Black 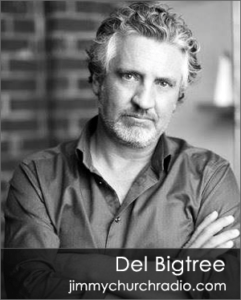 Tonight, our guest is Del Bigtree, CEO of Informed Consent Action Network, who produced the film 'Vaxxed: From Cover-Up to Catastrophe'. We will be talking about the new coronavirus vaccine and what it will mean for billions of people on planet earth.

Del was an Emmy Award-winning producer on the daytime talk show The Doctors, for six years. With a background both as a filmmaker and an investigative medical journalist, he is best known for combining visually impactful imagery, raw emotional interviews and unbiased investigative research into stories that push the envelope of daytime television. Some of his most thought-provoking episodes include a rare televised debate between Monsanto’s head of toxicology Dr. Donna Farmer and GMO activist Jeffrey Smith.