On NDE, Primary Purpose And Magic 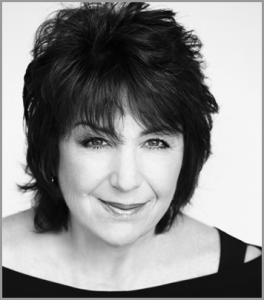 Linda Salvin received her Bachelor of Arts from San Francisco State University in 1975 and a Masters Degree from the University of Michigan in 1977. She was ordained as a Doctor of Divinity in June, 1999 and awarded her Ph.D. in Metaphysics from the American Institute of Holistic Theology in 2008.

Dr. Linda Salvin was not born with psychic gifts.

She survived a commercial airliner crash in 1981 while on company business and had an out-of-body experience as well as a loud voice she had never heard before.

This was the beginning of her transformation from her scientific background to her psychic and spiritual evolution.

A year later, her car was struck by a fire truck in 1982 and another traumatic auto accident brought her to the brink with the white-light experience in 1984.

Linda was selected out of 364 psychics for a night time radio show on Los Angeles' KBIG 104-FM, then on KIEV 870 AM in Southern California, prior to her move to syndication with CRNDigital Talk in over 350 markets. In 2004, she has began to further syndicate her show “Linda Salvin: Visions & Solutions” nationally to another network of radio stations.

Salvin hosted her show, “The Inner You with Dr. Linda Salvin” every Sunday evening on Los Angeles’ KSLX 97.1 FM Talk for nearly three years, and then moved her show across town to KABC 790 AM and today has her own station on the internet at http://lindasalvin.com/.