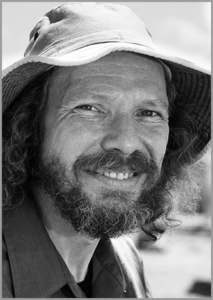 Dr. Robert M. Schoch, a full-time faculty member at the College of General Studies at Boston University since 1984, earned his Ph.D. (1983) in Geology and Geophysics at Yale University. He also holds an M.S. and M.Phil. in Geology and Geophysics from Yale, as well as degrees in Anthropology (B.A.) and Geology (B.S.) from George Washington University. In 2014, Dr. Schoch was awarded the title of Honorary Professor of the Nikola Vaptsarov Naval Academy, Varna, Bulgaria.

In the early 1990s, Dr. Schoch stunned the world with his revolutionary research that recast the date of the Great Sphinx of Egypt to a period thousands of years earlier than its standard attribution. In demonstrating that the leonine monument has been heavily eroded by water despite the fact that its location on the edge of the Sahara has endured hyper-arid climactic conditions for the past 5,000 years, Dr. Schoch revealed to the world that mankind’s history is greater and older than previously believed. Dr. Schoch’s latest research, put forth in his newest book, Forgotten Civilization: The Role of Solar Outbursts in Our Past and Future, points to the astronomical cause of the demise of antediluvian civilizations, as well as the scientific and archaeological evidence that supports his conclusions.