Emery Smith On Fade To Black 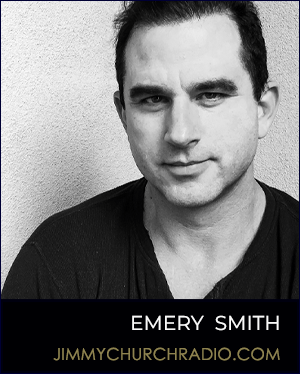 Tonight is the return of Emery Smith on F2B... and we will cover it all... his recent research, UFOs, Disclosure, and a full-on conversation concerning the status of our community.

In 1990, Emery became active duty in the USAF and was stationed at Lackland AFB in San Antonio, Texas. From there, he went on to surgical tech training at Sheppard AFB in Wichita Falls, Texas, and then on to England AFB in the 23rd Tactical Fighter Wing, located in Alexandria Louisiana, where he worked as a surgical technologist and surgical first assist.

Finally, Emery was transferred to Kirtland AFB in Albuquerque, New Mexico, where he worked on and off base at UNM Hospital as a surgical assist and as a paramedic. He was certified in surgical apprenticeship and also worked as a HAZMAT instructor, EMT, terrorist negotiation coordinator, flight medic specialist, surgical technologist, expert marksman, chemical warfare specialist, biotech warfare specialist and lead DECON response units.

During this time, Emery developed the first military industrial laboratory tissue database complex, that was used for a joint civilian/military venture in sharing tissue sample data of varying origins collected from classified areas.

Working at the laboratories became a milestone for him in his pursuit of the truth and today he openly talks about his experiences working at these facilities.