ET Base in the Mojave Desert? 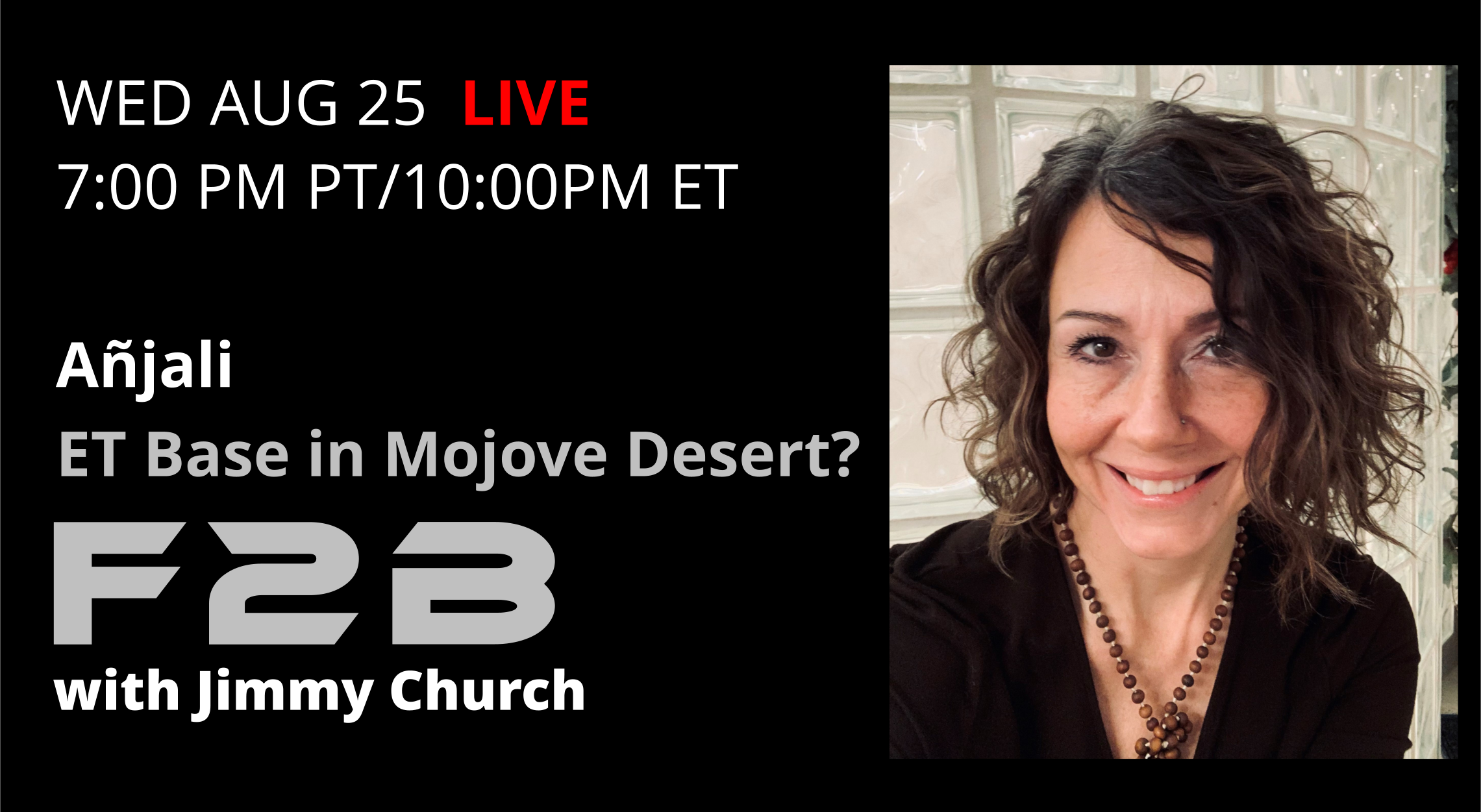 Wednesday on FADE to BLACK: Añjali joins us for the first time and we are going to discuss her recent press conference at the Lincoln Memorial in Washington, DC, to announce the formation of an international team of scientists who will enter an extraterrestrial base in the Mojave Desert.

Formerly assigned to the Pentagon, it was Añjali’s position supporting the U.S. Marine Corps’ intelligence efforts for deploying executives that first brought her to Southern California in 2015. Now, she will head the diverse team and return to the base before the end of 2021.