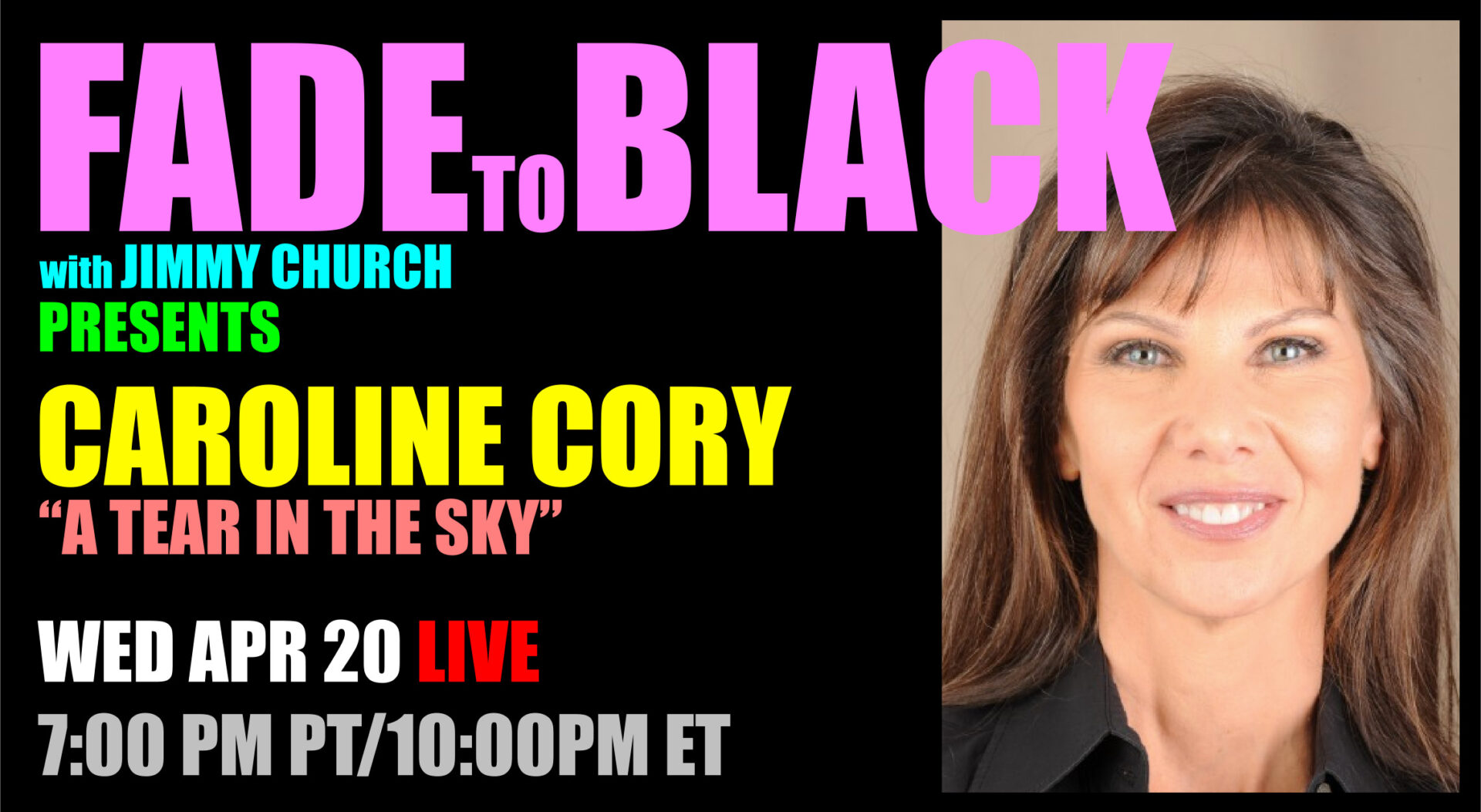 Tonight, Wednesday on FADE to BLACK: Caroline Cory joins us to talk about her new film: "A Tear in the Sky" which will premiere on May 3rd, 2022!

In addition to writing and producing, Cory has appeared as a guest expert at major conferences and on television shows about supernatural phenomena including History Channel's Ancient Aliens.