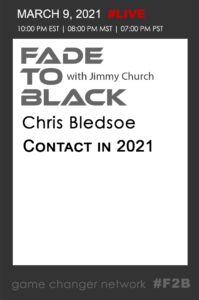 Tuesday on FADE to BLACK: Tonight, our guest is Christopher Bledsoe Sr., and we are going to talk about the latest developments in his world and all of the latest breaking UFO headlines.