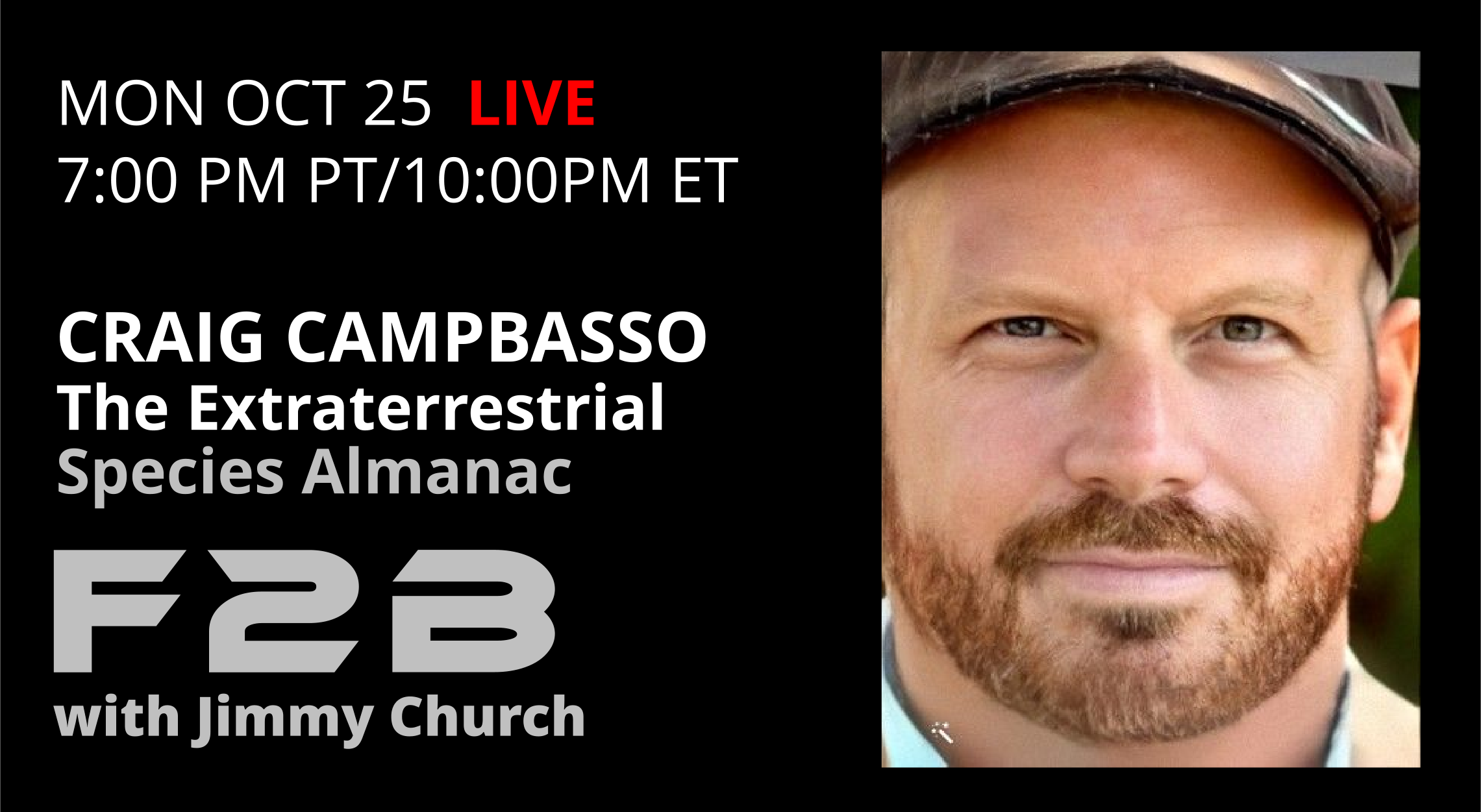 Monday on FADE to BLACK: Craig Campobasso joins us to discuss his new book: "The Extraterrestrial Species Almanac: The Ultimate Guide to Greys, Reptilians, Hybrids, and Nordics"

Multiple award-winning filmmaker and Emmy-nominated casting director Craig Campobasso was fifteen when he started in the entertainment business. His young acting career was off to a great start; he landed his first national commercial for McDonald’s chicken sandwich, and spoke his first line of dialogue to Tuesday Weld in a MOW.

Craig directed, wrote and produced the short film "Stranger at the Pentagon"., which was adapted from the popular UFO book authored by the late Dr. Frank E. Stranges. After production, the short film collected accolades. In September 2014, it won Best Sci-Fi film at the Burbank International Film Festival, selling out all 275 seats—a first for the festival. In 2015, it won a Remi Award at the Worldfest Houston International Film Festival for Best Sci-Fi Short.

Craig has appeared on many radio shows, including Coast to Coast AM with George Noory. He has also been a guest on the Open Minds talk show, with Regina Meredith; and Beyond Belief, hosted by George Noory. Craig has also appeared on The History Channel’s Ancient Aliens.