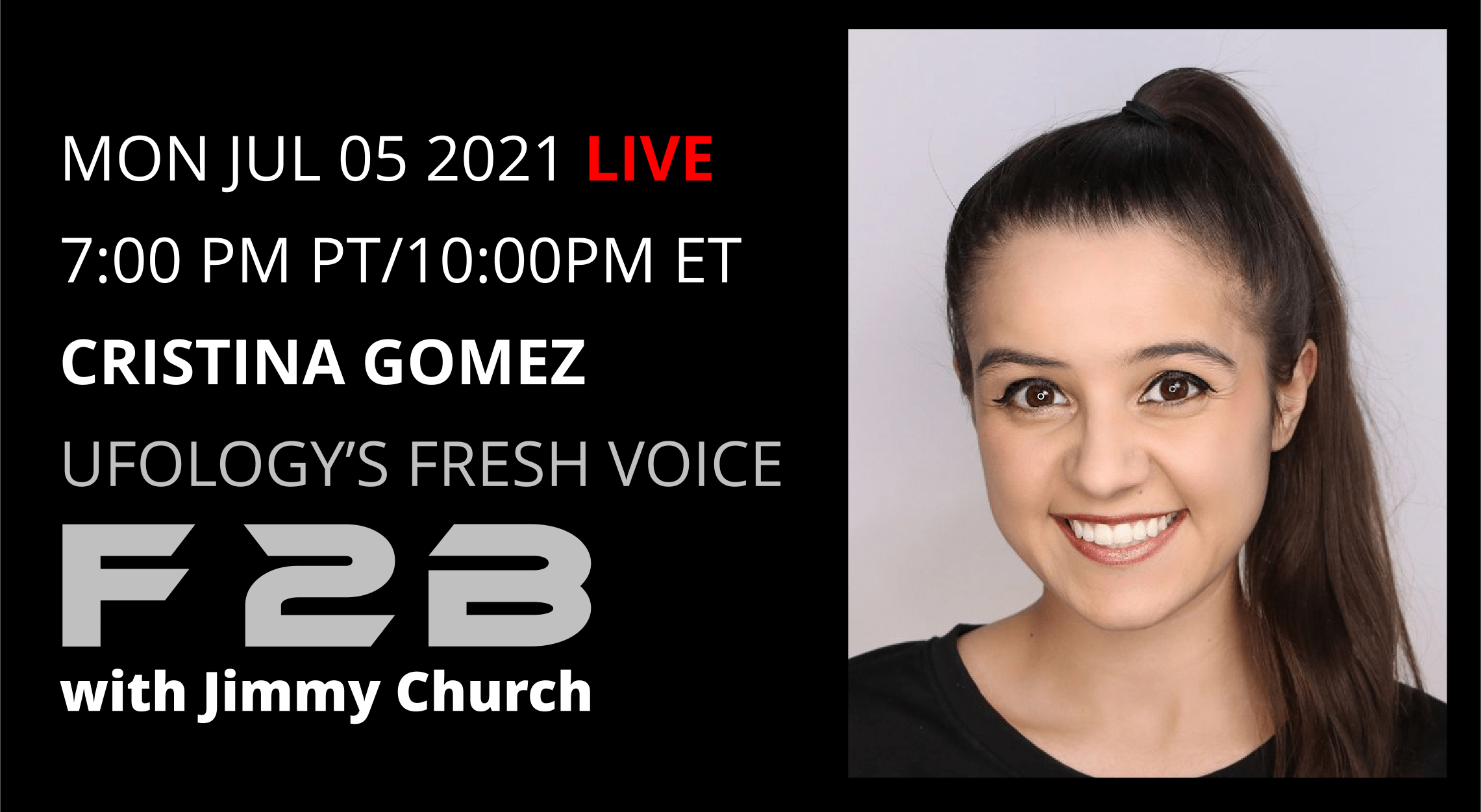 Monday on FADE to BLACK: Tonight our guest is Cristina Gomez of The Debrief... and we are going to find out why she got into Ufology and what it's like to be a new, bright, and fresh voice for our community.

Cristina became fascinated with the concept of alien life at a very young age, but it wasn't until High School that her interest became serious.

Cristina is in college now, studying for a BA degree in Business and Communication. She began her own YouTube Channel to scrutinize public UFO sighting videos submitted to a variety of platforms. Using video software, she slowed down the footage, zoomed in, stabilized, and enhanced, then would post the results for others to study.

In March 2021, Cristina began working with the team at The Debrief, producing video content featuring interviews with prominent figures in the UFO research community such as Lue Elizondo, and James Fox.

Cristina is working on her first book, which will take a deep dive into many aspects of the UFO mystery from the perspective of a young Gen Z Latina, being aimed at her generation to promote more interest in the subject, while continuing to interview researchers and witnesses on her YouTube channel, which has several feature shows that cover different aspects of the phenomenon.