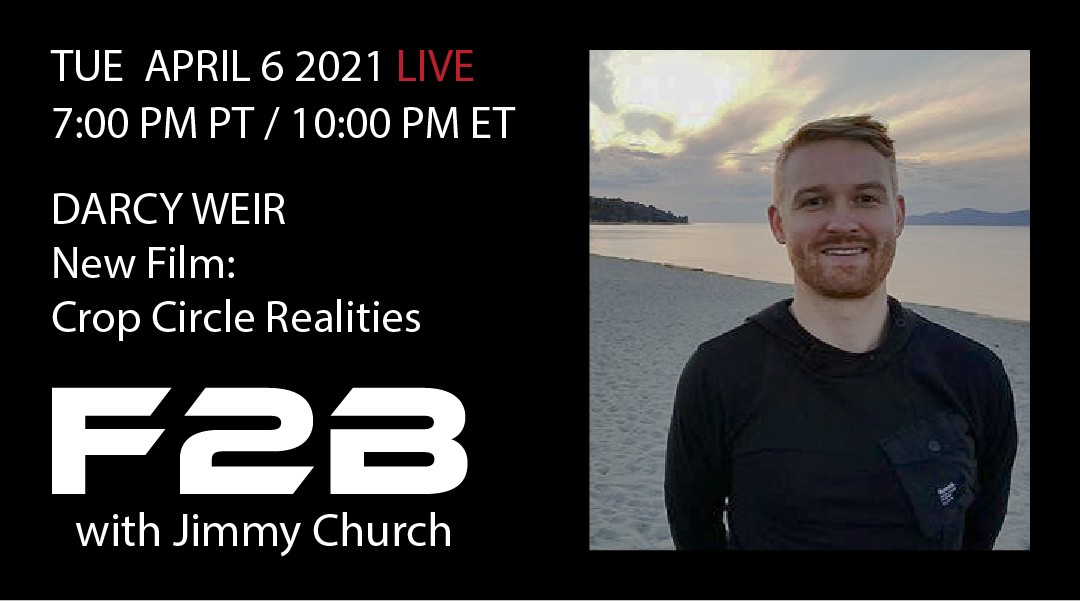 Tuesday on FADE to BLACK: Darcy Weir joins us for the first time and we are going to discuss his work, UFOs, Bigfoot, and Crop Circles.

Darcy is an independent documentary filmmaker from Canada, trained as a video editor, writer, director and producer in university and technical college, he has chosen to work on some of the more fascinating subjects that are discussed today.

Recently he completed a new documentary based on the theory that Relic Hominids like Sasquatch live in deep wilderness all around the world. Darcy’s film also cover UFO’s UFO disclosure and Crop Circles. He also published a remastered version of an earlier film about Phil Schneider, underground bases and secret space. His most recent film out this month is “Crop Circle Realities”.