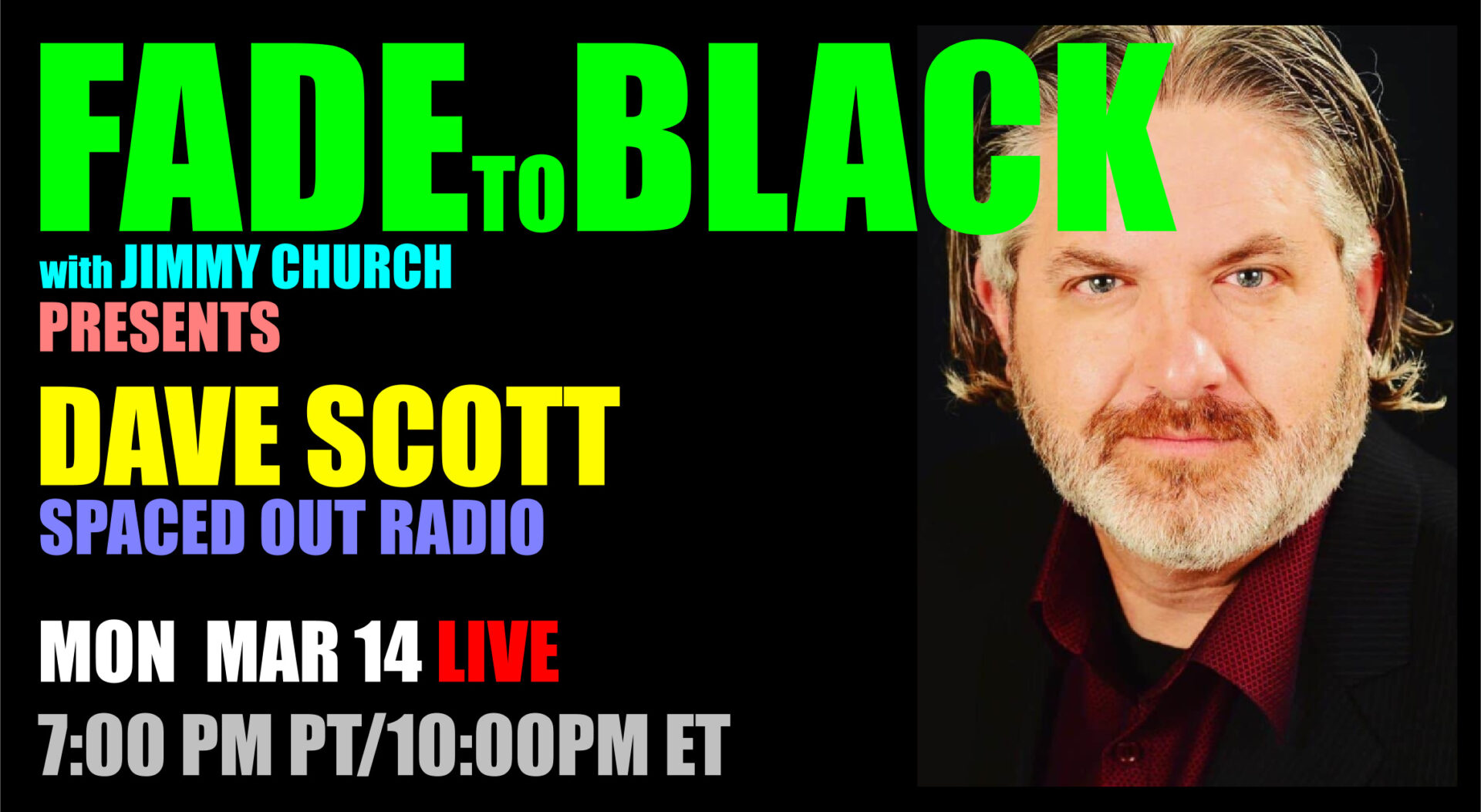 Tonight, Monday on FADE to BLACK: Dave Scott, the host of Spaced Out Radio, joins us for the first half of our Double-Header... first, Dave joins F2B to discuss his take on what is happening in the world of UFOs/UAPs, the paranormal and supernatural.. and then Jimmy will join Dave after Fade to Black to be his guest on Spaced Out Radio!

Dave is the creator and host of Spaced Out Radio, broadcast worldwide from British Columbia, Canada. This cutting edge, alternative radio show can be heard Monday through Friday at spacedoutradio.com.

Dave received a diploma in Broadcast Communications from one of Canada’s top broadcasting schools, BCIT, in 1998. He then spent nearly 10 years in radio, focusing most of his career in sports broadcasting, before leaving the field to pursue other interests.

His personal quest into understanding the unknown began in December, 2011, when Dave had contact with, what he calls, the Angel of Death, whom he saw in his mother’s eyes. This encounter led to his first channeling experience, after which, Dave’s involvement in the paranormal became more frequent.

On November 30th, 2014, Dave launched Spaced Out Radio. His near decade as a broadcast journalist helped him craft a unique style of interviewing, making it comfortable and personal for his guests and listeners, alike. Dave looks at himself as one of the only trained and experienced radio journalists, who is also a multiple experiencer of the unknown.