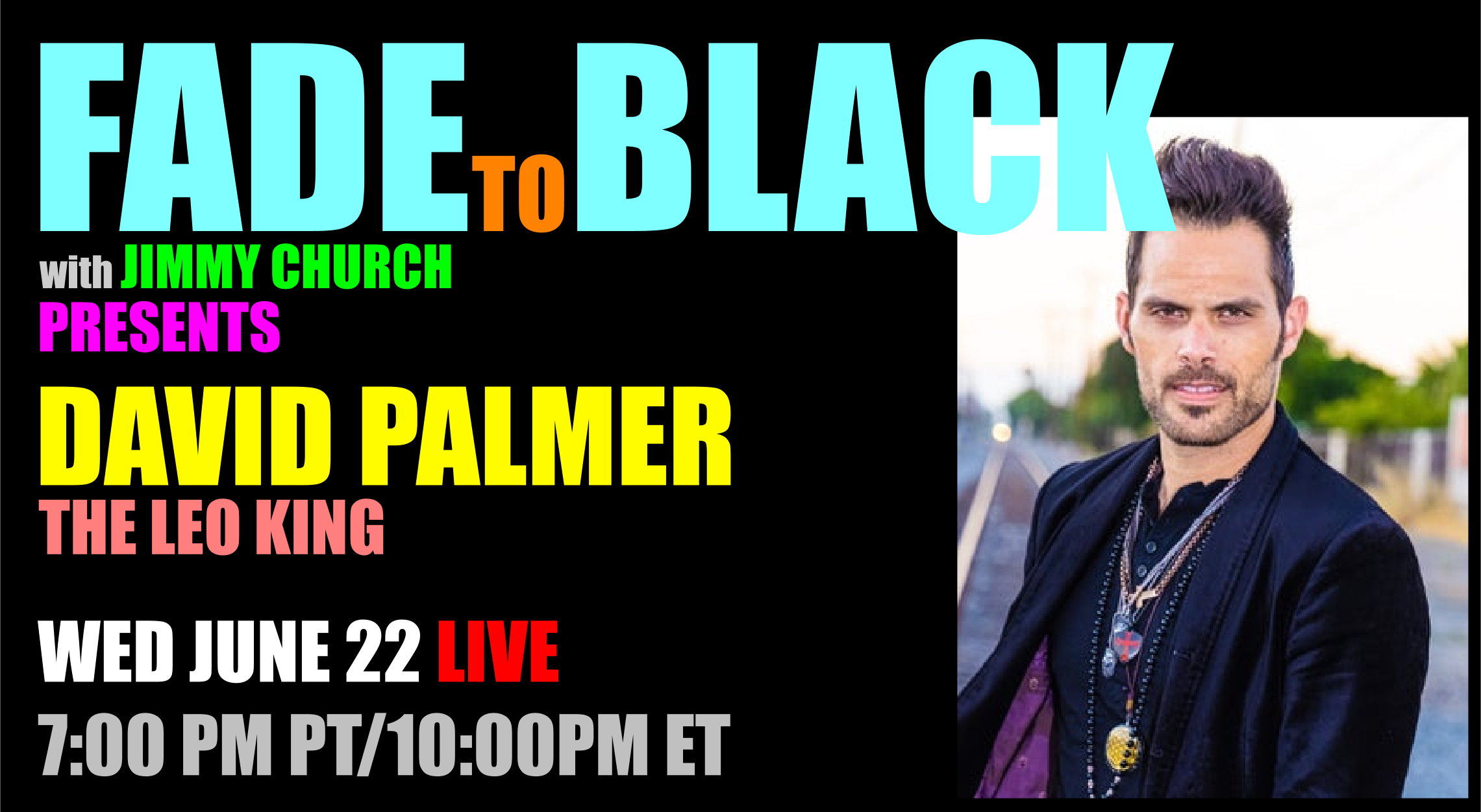 Tonight, Wednesday on FADE to BLACK: David Palmer, The Leo King, joins us for a full night of astrology... as only David can present it to the world.

Known as a famous celebrity astrologer, David Lawrence Palmer has been making waves in the media with being a media spiritual influencer. Having been on TV for over a decade, owning, co-founding, and producing the largest video horoscope media network and app, High Vibe TV. David has created a reputation for being the go to spiritual influencer around the world!

David, aka, "The Leo King" owns and operates multiple OTT media corporations that produce, and distribute content via mobile apps, social media, and streaming platforms. The Leo King is also known for his speaking events, national tours, conferences and documentaries.