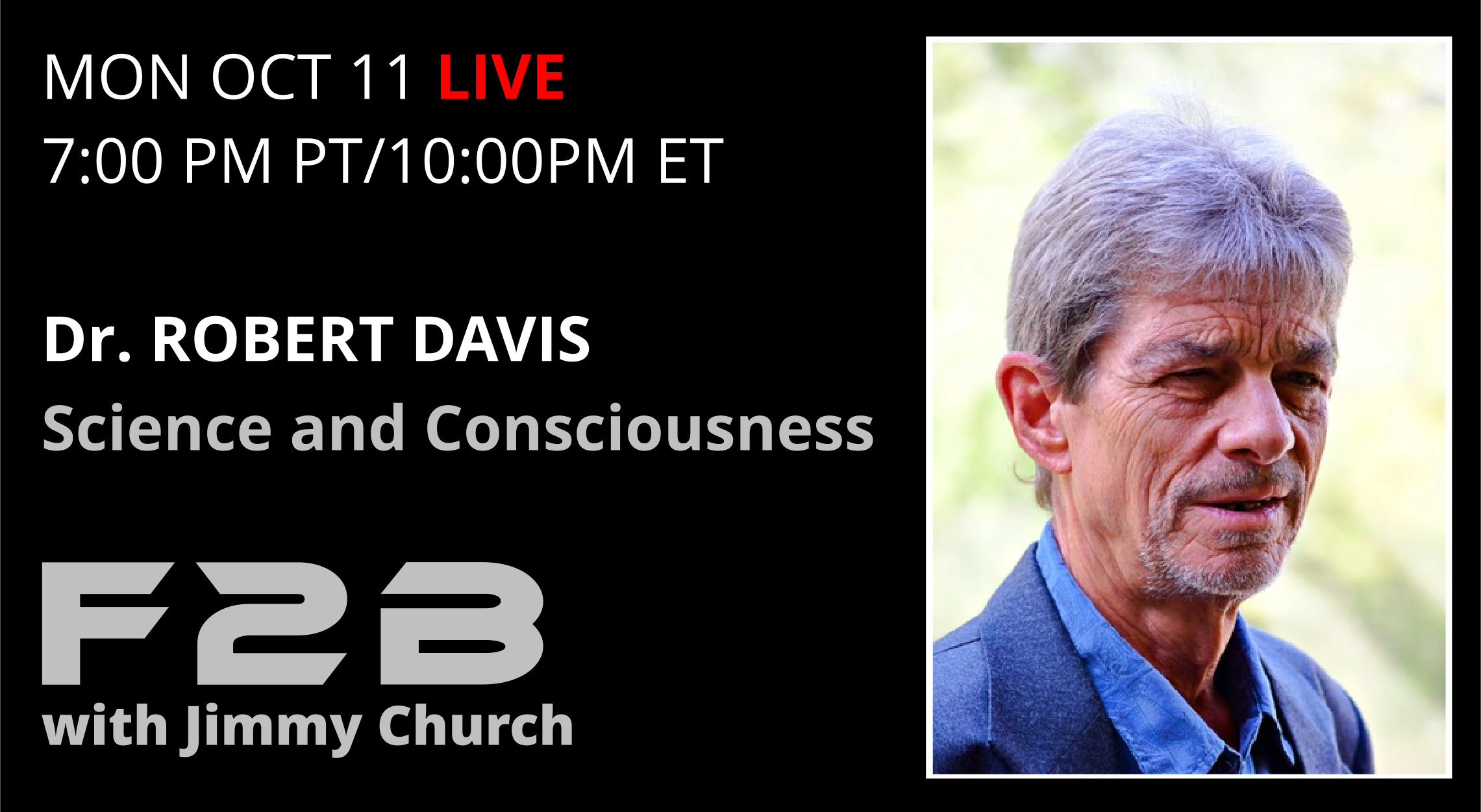 Monday on FADE to BLACK: Dr. Robert Davis joins us for the first time with a full evening of consciousness, contact, and the nature of our reality.

Robert Davis is an internationally recognized research scientist and author, and after receiving his doctorate degree in 1981, he conducted research, taught, and was an administrator for the State University of New York for over thirty years. Bob has spoken about his research on the effects of environmental and toxic stimuli on the brain and sensory systems in venues that vary from national and international scientific conferences to over sixty published research articles in scholarly journals. Since his retirement, he has spoken on over one hundred national and international radio shows and podcasts about his recent research publications on the Science of the Subjective and human consciousness.

Dr. Davis has written three books: "Unseen Forces: The Integration of Science, Reality and You", "Life after Death: An Analysis of the Evidence", and "The UFO Phenomenon: Should I Believe?".

He is currently in pre-production on a project with Emmy-Award-winning television producer and cinematographer David C. Beaty of Dreamtime Entertainment, Inc.