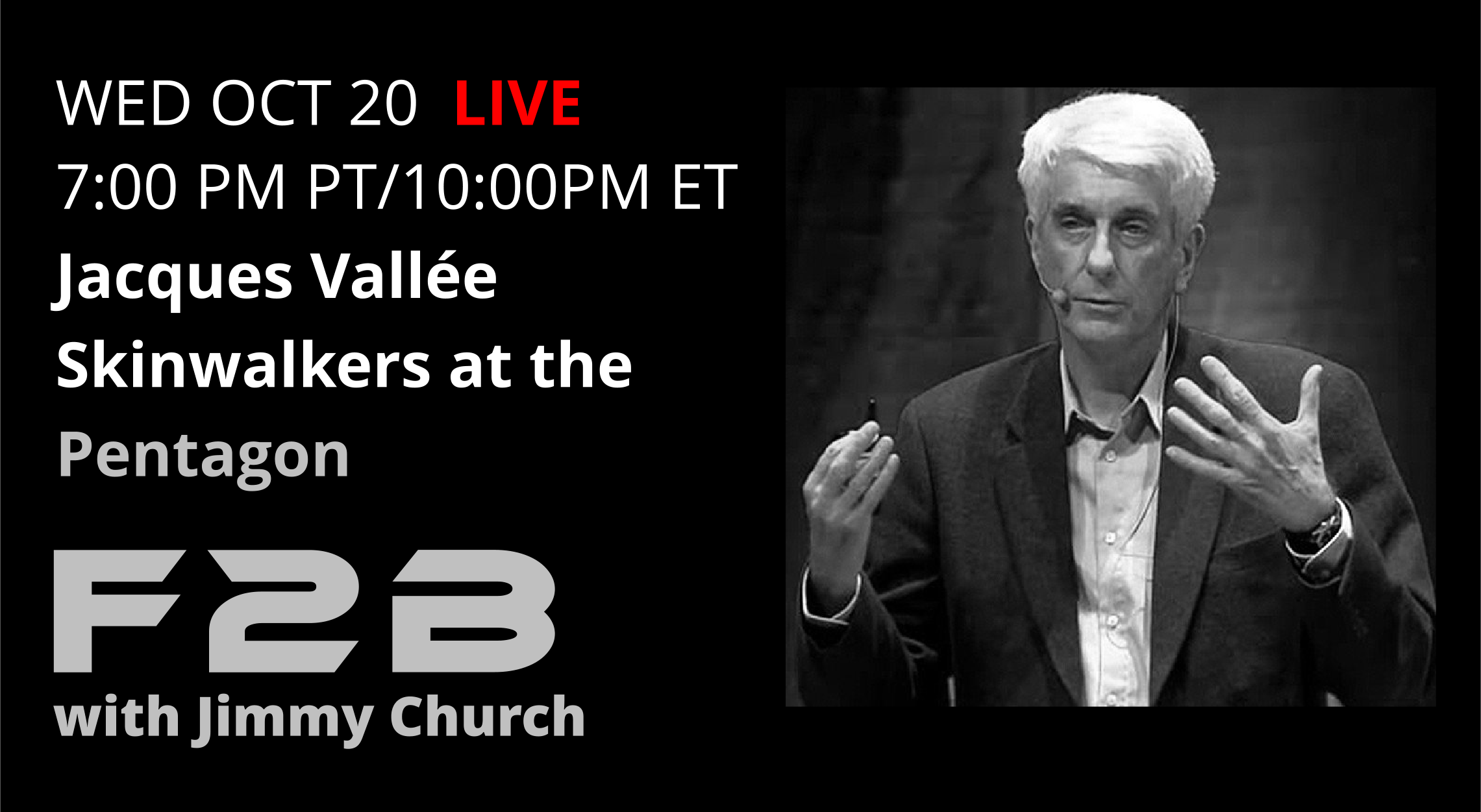 Wednesday on FADE to BLACK: Jacques Vallée joins us to discuss his book, co-authored with Paola Harris: "Trinity". We will also talk about materials that are being tested that were retrieved from the Trinity crash site.

Dr. Jacques Vallée was a senior researcher at the DARPA-funded Augmentation Research Center at SRI at the very beginning of the RV program initiated by Dr. Puthoff and Russell Targ in 1971. His experience spans the entire life of the program and gives him a special position as an observer and commentator on the reality of remote viewing.

Dr. Vallée also has long been interested in the UFO phenomenon and has earned the reputation of being one of the most rigorous and credible researchers in the field. He was the model for the French scientist figure played by Francois Truffaut in Steven Spielberg's classic film "Close Encounters of the Third Kind."