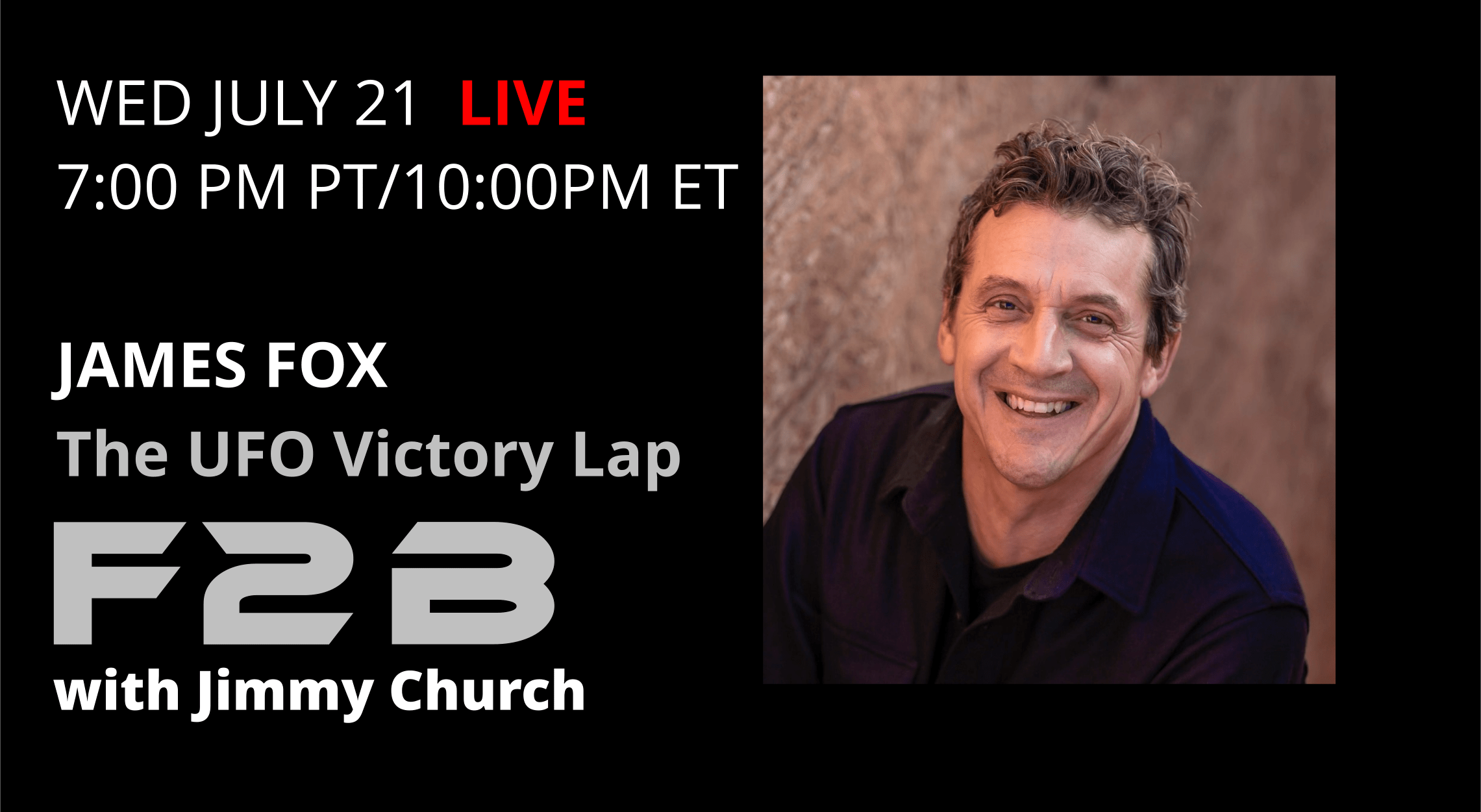 Wednesday on FADE to BLACK: James Fox returns for his UFO Victory Lap... his films are some of the most respected in the world of Ufology... and The Phenomenon broke new ground leading up to the UAP Task Force report. Tonight we are going to discuss his thoughts on everything in the world of UFOs/UAPs... and what the this director is working on next!

James was born in England and raised in New York and California. He began his journalism career early in life as an assistant to father/writer Charles Fox. Together they traveled on many magazine assignments, interviewing such notables as Stephen Hawking and race car legend Dan Gurney for the likes of Rolling Stone, Car & Driver to Sports Illustrated. James finished and sold his first documentary to Discovery by the time he was 28. He has since completed and distributed TV projects for Sci-Fi, TLC, National Geographic and History Channel and has made frequent appearances on Larry King Live, Night Line, Dateline, Anderson Cooper and others.

His documentaries, "Out of the Blue", "I Know What I Saw", and "The Phenomenon", are some of the most respected films on the UFO subject.