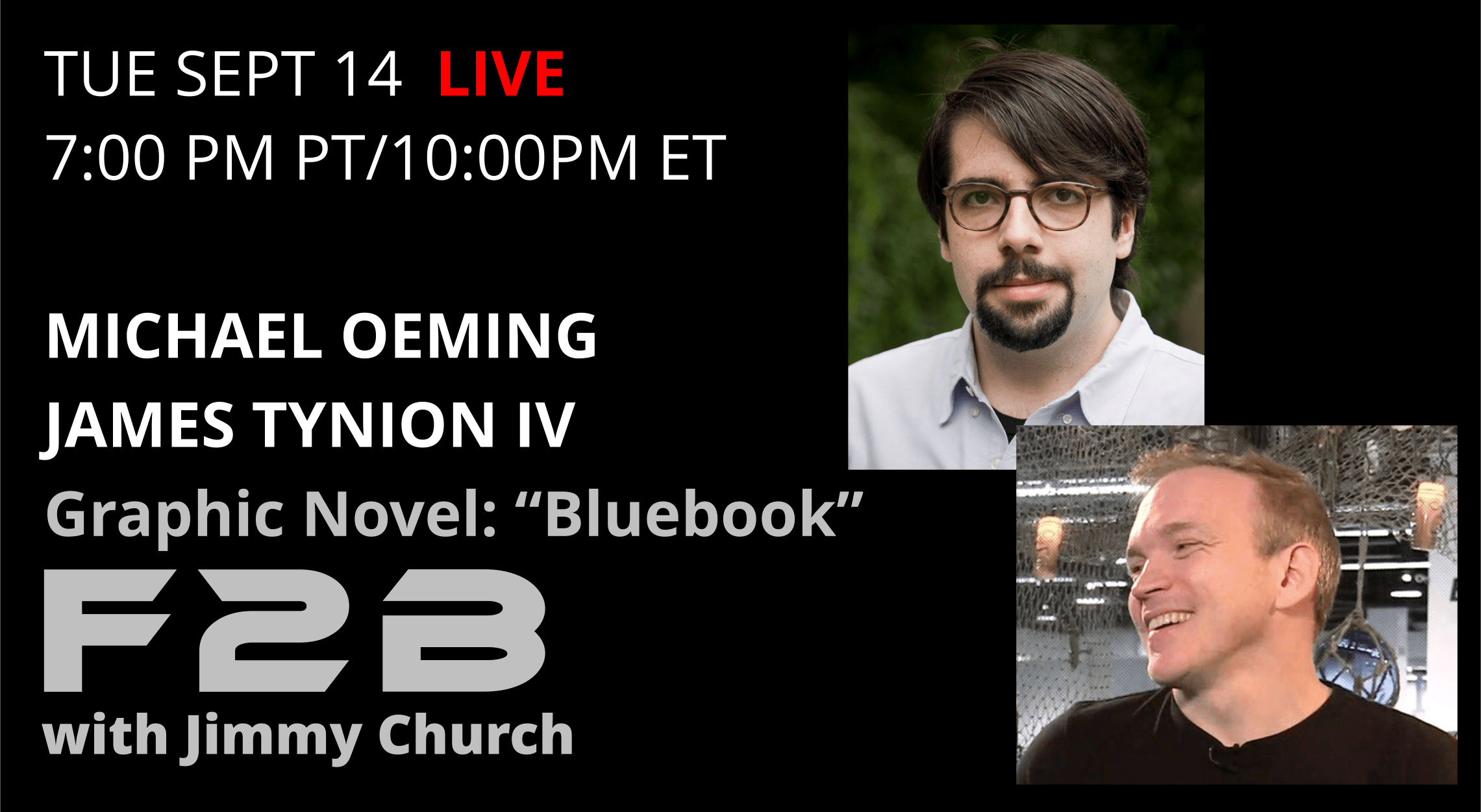 Tuesday on FADE to BLACK: Tonight, Michael Oeming and James Tynion IV are here to tell us about their new graphic novel: "Bluebook"

Michael Avon Oeming is the Eisner, Harvey and Eagle award winning co creator and artist of Powers. He also is an Executive Producer on the Powers TV series from Sony/Playstation which ran for two seasons. Michael began his career as an inker at the age of 14 and has written and drawn Thor Ragnarok, Red Sonja, Batman, Superman, Dick Tracy and more but is best known for his creator owned works such as The Victories, the Mice Templar, Takio, United States of Murder Inc and many others, mostly with his partners Brian Bendis and wife Taki Soma. He’s currently hard at work on new projects including Bluebook.

James Tynion IV is a New York Times Bestselling and Eisner Award winning writer of comic books like THE DEPARTMENT OF TRUTH, SOMETHING IS KILLING THE CHILDREN, and the new digital comic series BLUE BOOK, co-created by Michael Avon Oeming. He lives and works in Brooklyn, NY.