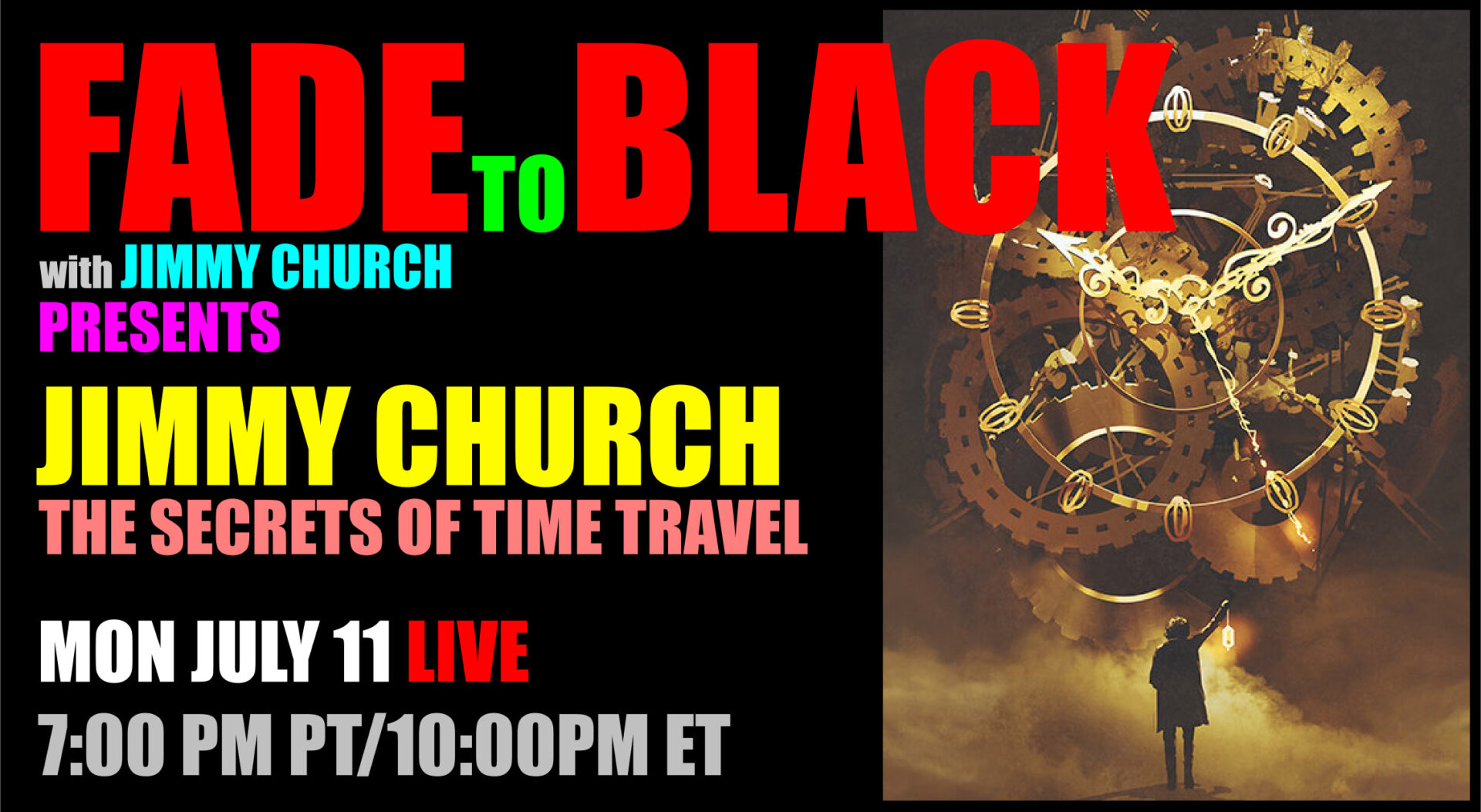 Tonight, Monday on FADE to BLACK: Jimmy Church gives his presentation on The Secrets of Time Travel. This is a full 2.5 hours of the best of the best- with over 50 images, charts, and illustrations.