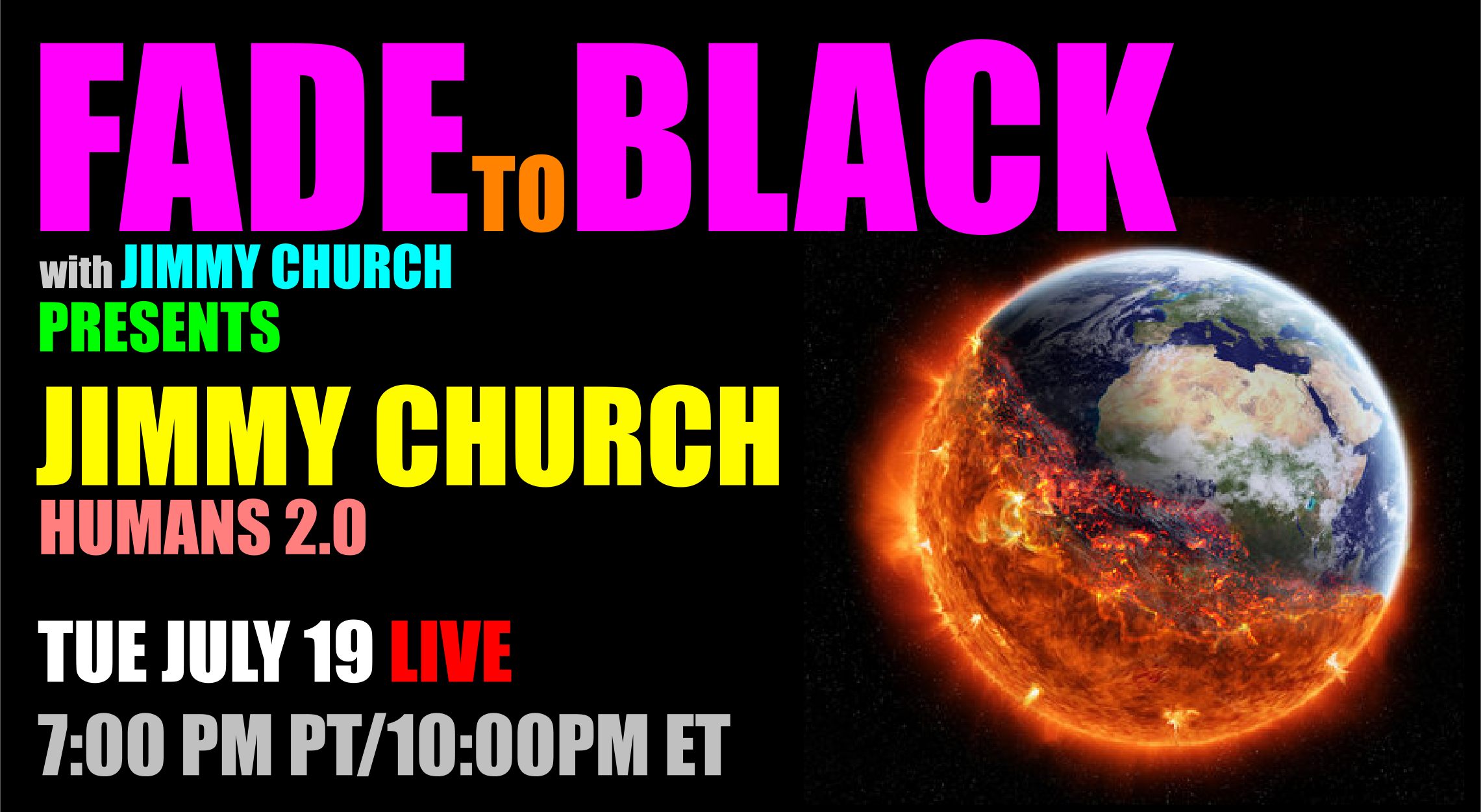 Tonight, Tuesday on FADE to BLACK: Jimmy Church is back for a night of Humans are ET with another full presentation of 2.5 hours of secrets, straight talk and images.

Jimmy Church is a radio, film and television host for the Game Changer Network.