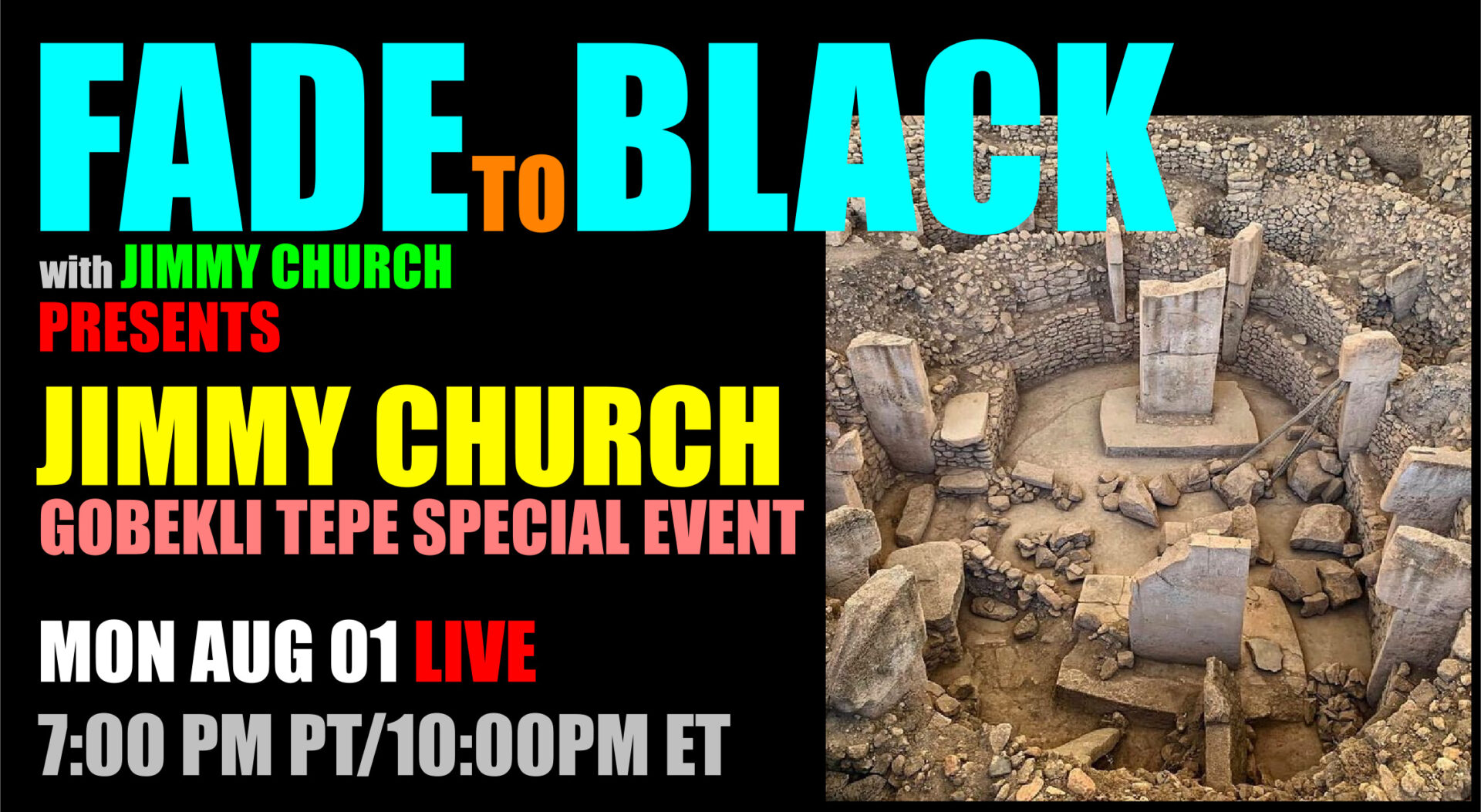 Tonight, Monday on FADE to BLACK: Gobekli Tepe! Jimmy Church presents a 2.5 hour deep dive into Gobekli Tepe... this may be the most important ancient site ever discovered on Planet Earth.

Jimmy is a radio, film and television host for the Game Changer Network.