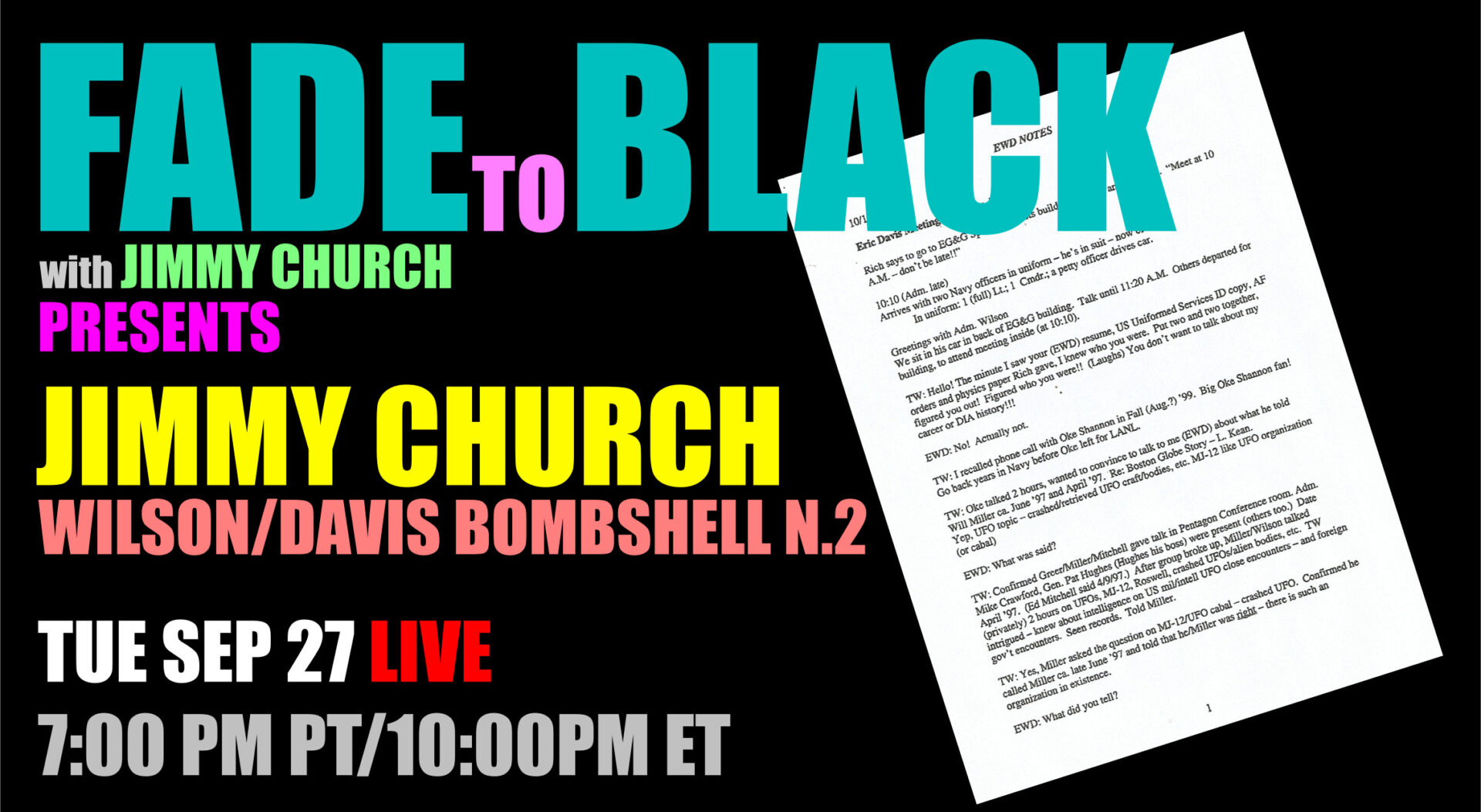 Tonight, Tuesday on FADE to BLACK: Jimmy Church will to a 2.5 hour deep dive into the Wilson/Davis Document... page by page, and discuss the highlights as well as asking the question: Is the document a transcription of an actual event??? This is Night Two of our Wilson/Davis Week on F2B!