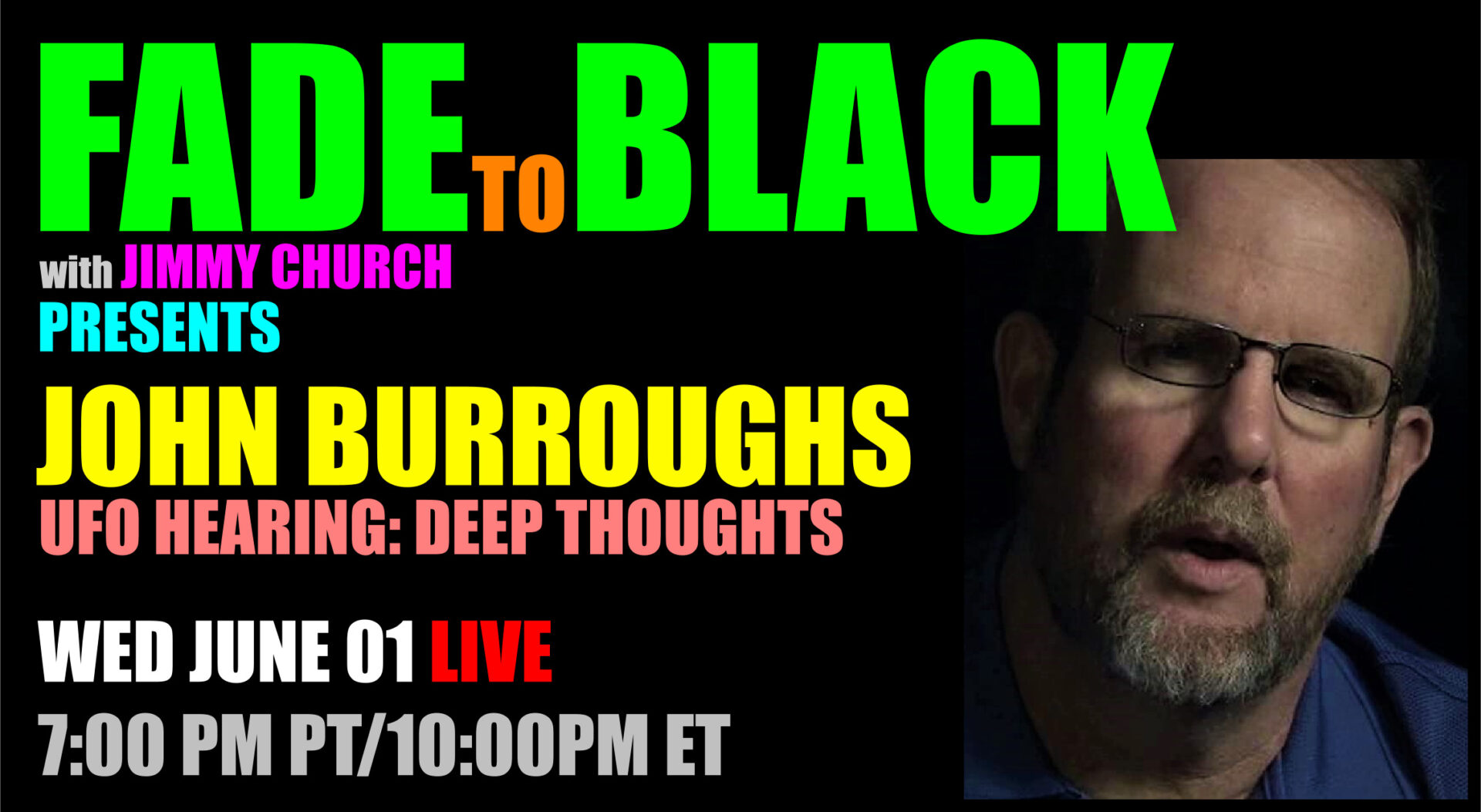 Tonight, Wednesday on FADE to BLACK: John Burroughs joins us to give us his insight on the recent UFO Hearing and what may really be going on behind the scenes as our government appears to be moving one step closer to Disclosure.

John Burroughs entered the USAF in 1979 and served twenty-seven years both in active and reserve. He is currently USAFR (Retired from the Air Force Reserves).