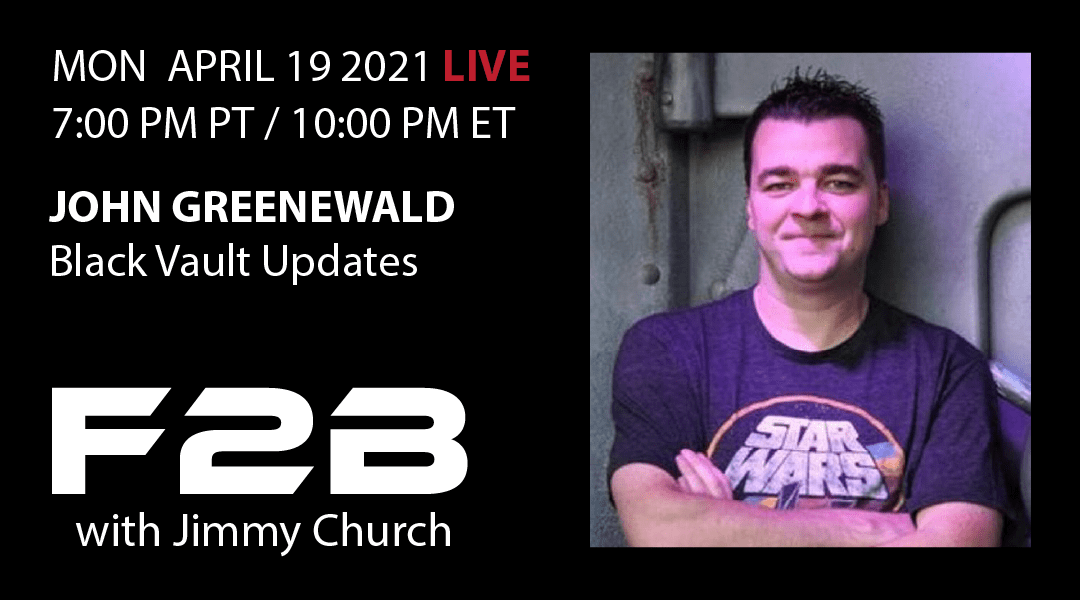 Monday on FADE to BLACK: John Greenewald will be discussing his recent interview with former CIA director, James Woolsey, John's recent confirmation from the Pentagon about the latest US Navy video and images, and all of the other late-breaking UFO news from around the world.

Greenewald named his online archive “The Black Vault.” His teenage project turned into the largest private online collection anywhere in the world, with million of pages of material. At the age of twenty-one, Greenewald published his first book, 'Beyond UFO Secrecy', in 2002. It was later put into a second expanded edition, and was re-published by Galde Press in January, 2008.

His latest book is: 'Inside the Black Vault'.