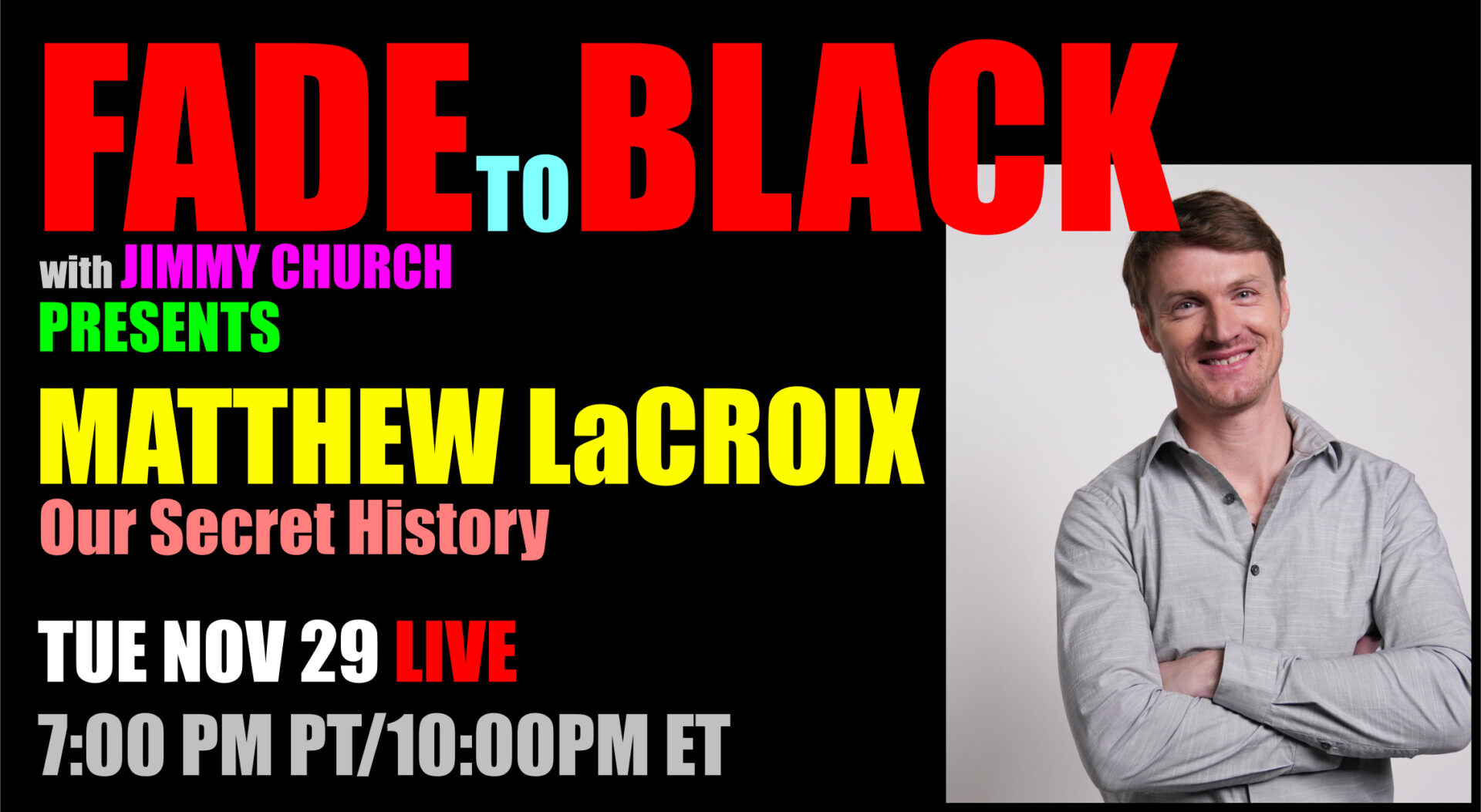 Tonight, Tuesday on FADE to BLACK: Matthew LaCroix joins us to discuss Our Secret History.

Matthew LaCroix is a passionate writer and researcher who grew up exploring the outdoors of northern New England. After college, he began studying ancient civilizations, philosophy, quantum mechanics, and history. His focus became uncovering and connecting the esoteric teachings from secret societies and ancient cultures that disappeared in deep antiquity. At 32 he published his first major book: The Illusion of Us, which combined years of research to discover the truth about human origins, the gods of antiquity, and the secrets of consciousness.

In 2019 he released his second book entitled: The Stage of Time, which represents a compilation of studying ancient texts, evidence for lost civilizations, spiritual wisdom, and theoretical physics - combined together to find answers to some of our most difficult questions.

Matthew works as a writer/researcher at Gaia and has appeared on shows such as Open Minds, Beyond Belief, and Ancient Civilizations. He is a frequent guest on numerous podcasts, radio shows, and panel discussions and is currently co-writing his third major book with Billy Carson entitled: The Epic of Humanity, which will focus on uncovering the mysteries of the human story, the timeline of lost civilizations, and ancient catastrophes.