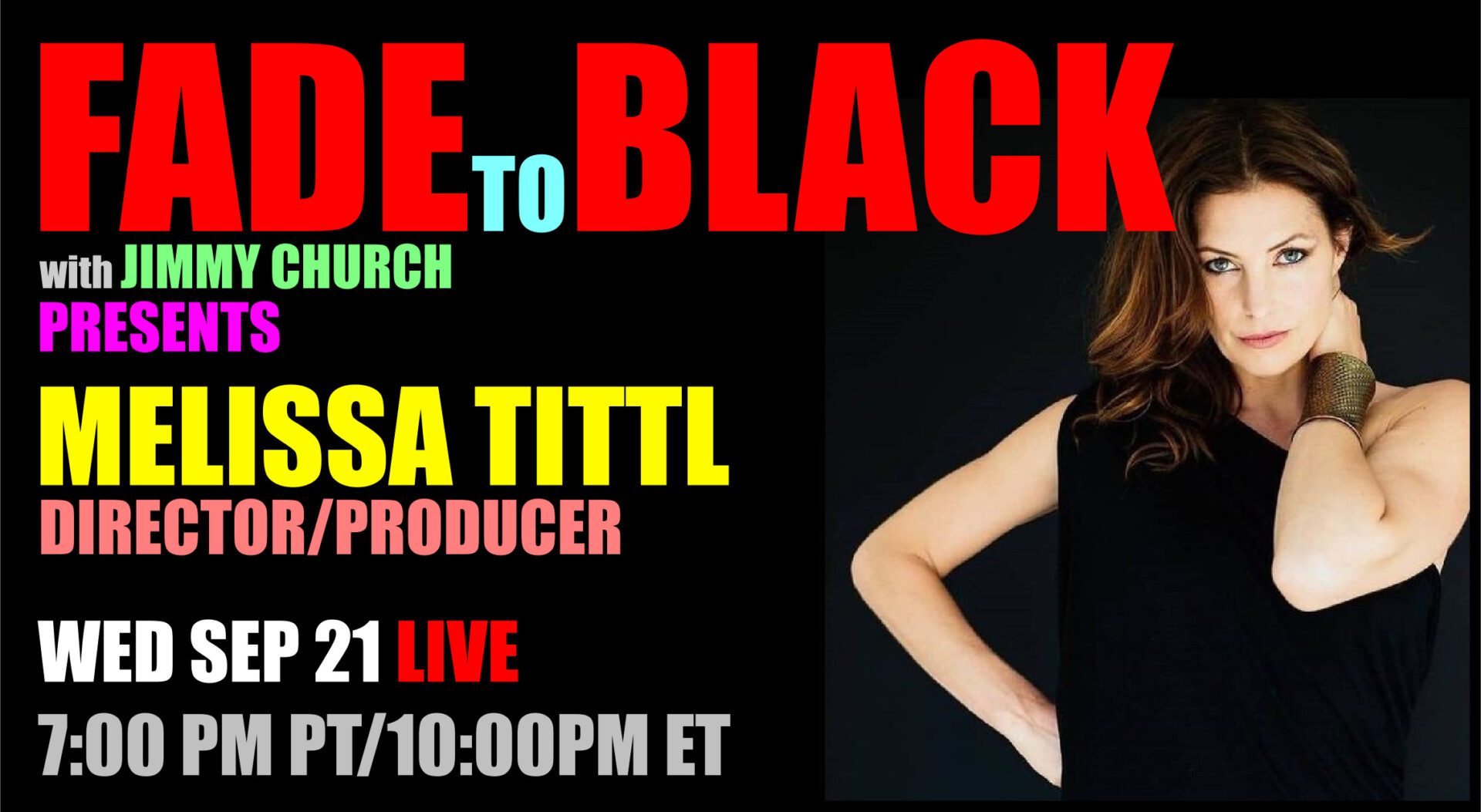 Tonight, Wednesday on FADE to BLACK: Melissa Tittl is here for the first time to talk about her career as a director, producer, and creator of film and television for our community and the world.

For more than a decade, Melissa has been developing and producing motion pictures and television. Her particular expertise is to create narrative stories around non-fiction subjects. Truth is stranger than fiction.

Melissa has produced and written TV shows for several major networks, such as Chelsea Does, Escaping the Prophet, Ancient Aliens, The Universe and Hangar One. She was an assistant to the Head of Production at Paramount Studios, assigned to such features as Star Trek, Cloverfield and Mission Impossible 2.

A member of the Producer's Guild of America, Melissa is also a member of Women In Film and the International Documentary Association. Melissa graduated with a degree in TV and Film from the University of Wisconsin Stevens Point.