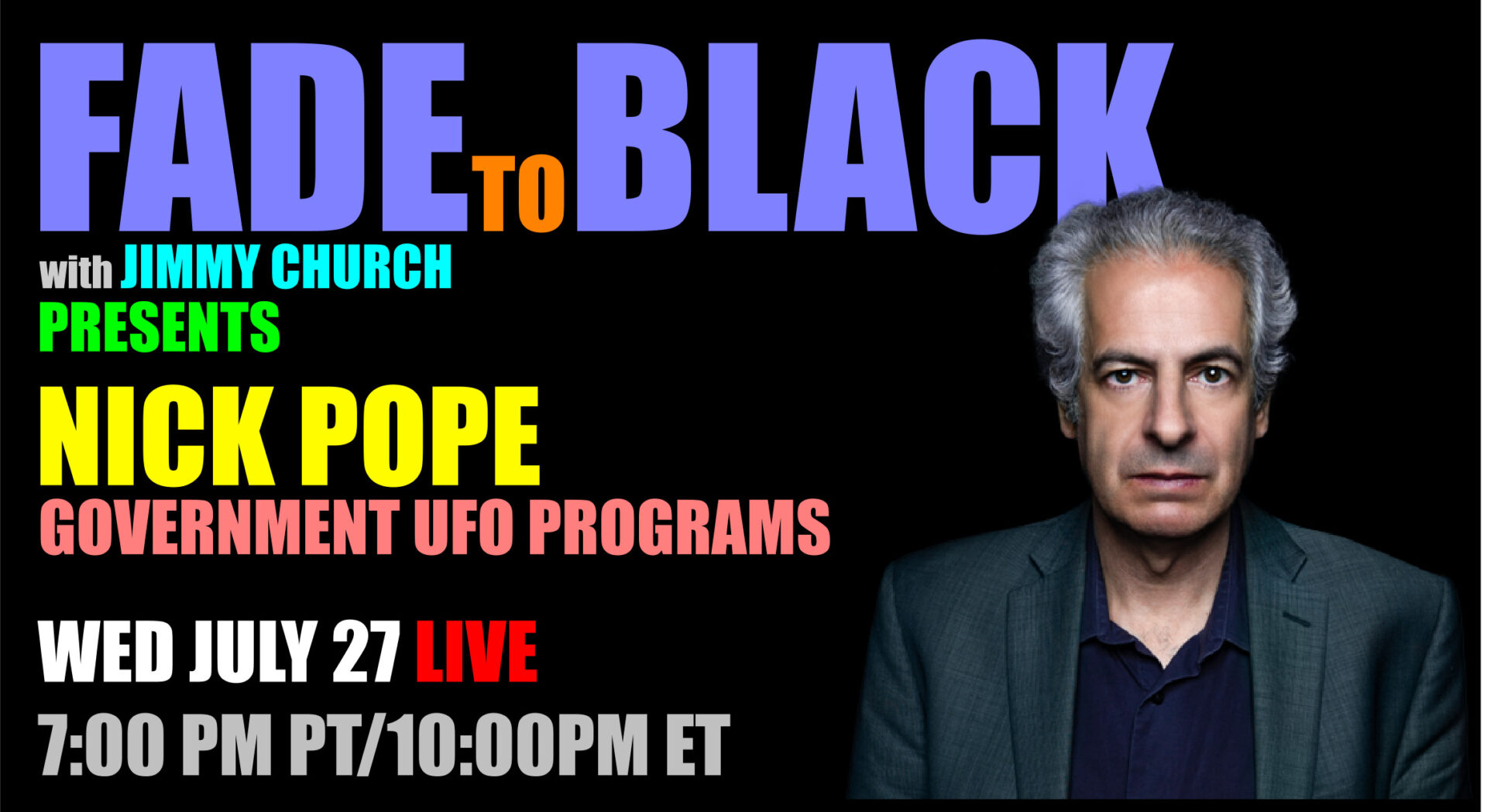 Tonight, Wednesday on FADE to BLACK: Nick Pope is back with us to discuss Government UFO Programs that may be going on all around the world as we move closer to Disclosure.

Author, journalist and TV personality Nick Pope used to run the British Government's UFO project at the Ministry of Defence. Initially sceptical, his research and investigation into the UFO phenomenon and access to classified government files on the subject soon convinced him that the phenomenon raised important defence and national security issues, especially when the witnesses were military pilots, or where UFOs were tracked on radar.

While working on the MoD's UFO project Nick Pope also looked into alien abductions, crop circles, animal mutilations, remote viewing and ghosts. He is now recognised as a leading authority on UFOs, the unexplained and conspiracy theories. He does extensive media work, lectures all around the world and has acted as presenter, consultant or contributor on numerous TV and radio shows.