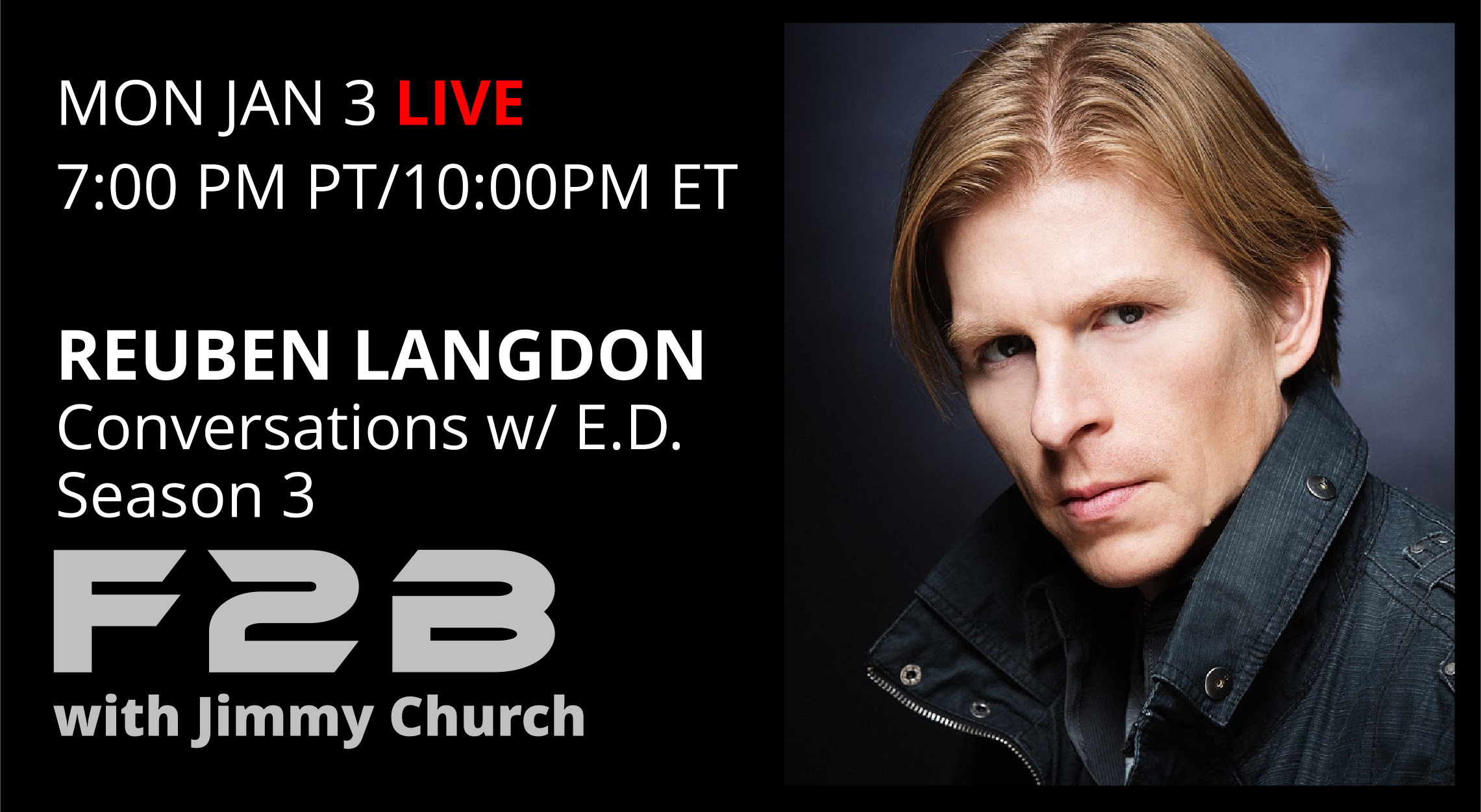 Tonight, Monday on FADE to BLACK: Reuben Langdon joins us as our first guest for 2022 and we are going to discuss Season 3 of "Conversations with E.D.".

Reuben Langdon is an international Stuntman, Actor, Filmmaker and Video Game Star whose work you can see in productions like Pirates of the Caribbean, the Power Rangers series, and the highest grossing film of all time, Avatar, where he was the stunt double of Jake Sully’s alien Avatar. Reuben shot to stardom in the video game world with leading roles as Ken Masters in Street Fighter and Dante in the Devil May Cry franchise. His film and television career has given him the opportunity to work with some of the biggest names on the silver screen, from actors Jackie Chan and Andy Serkis, to directors James Cameron, Peter Jackson, and Steven Spielberg.

It was while working on James Cameron’s Avatar that Reuben had his first UFO sighting and this sent him in the direction of UFOlogy and the paranormal. For over a decade now Reuben Has been researching the Extra-Terrestrial phenomenon. He is the host of the popular TV show Interview With E.D. (Extra-Dimensionals) on the Gaia Network, and in 2013 he co-produced the five-day event at the National Press Club in Washington DC called the Citizen Hearing on Disclosure. The historical event brought together over 40 witnesses, mostly ex-government and military, to testify in front of 6 former members of Congress in a mock congressional hearing about ETs engaging the human race. To date, it is still the most comprehensive body of evidence and testimony delivered to the public on the ET subject matter.