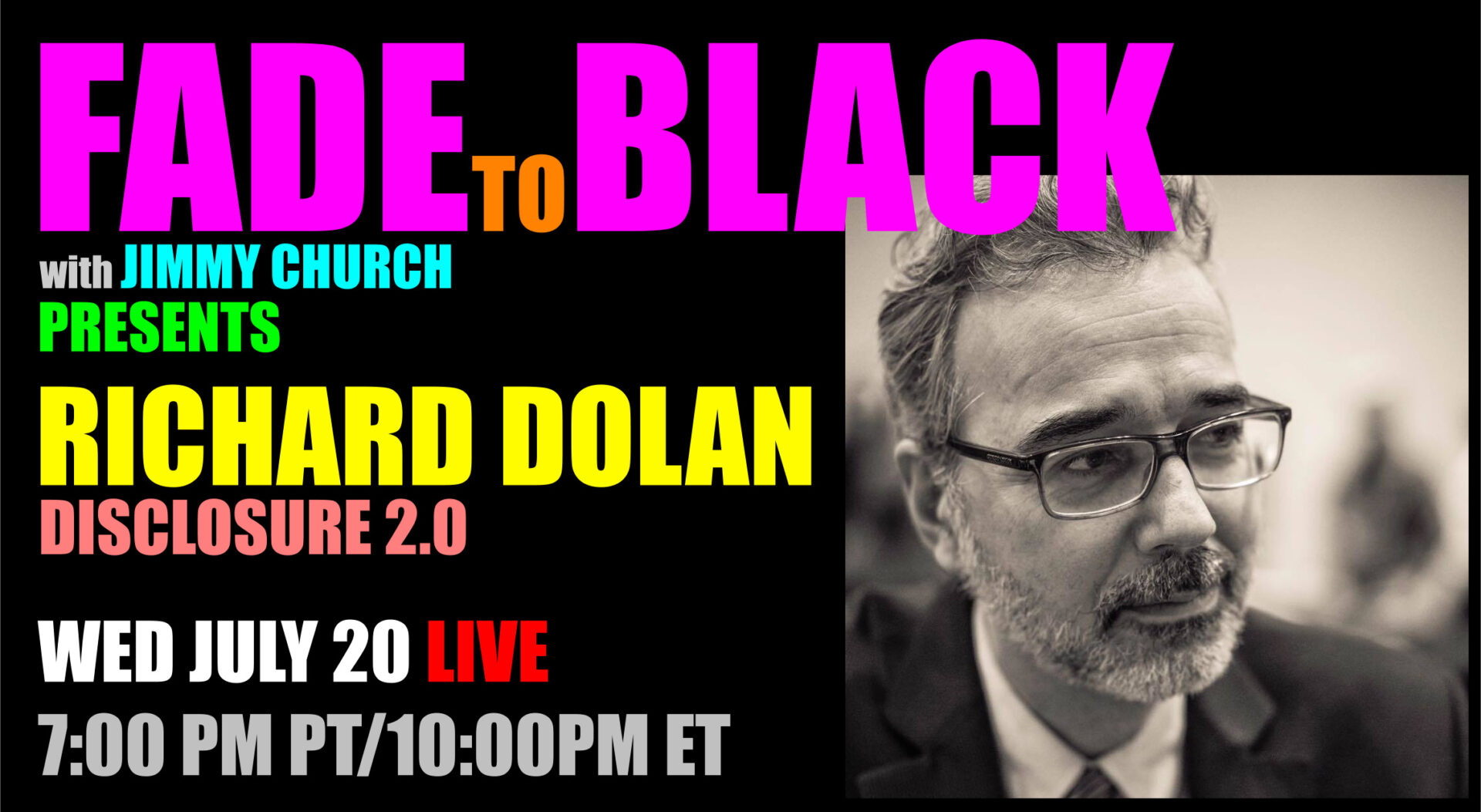 Tonight, Wednesday on FADE to BLACK: Richard Dolan is back with us to talk about Disclosure 2.0... what is the future of us... and more importantly: What are the facts?