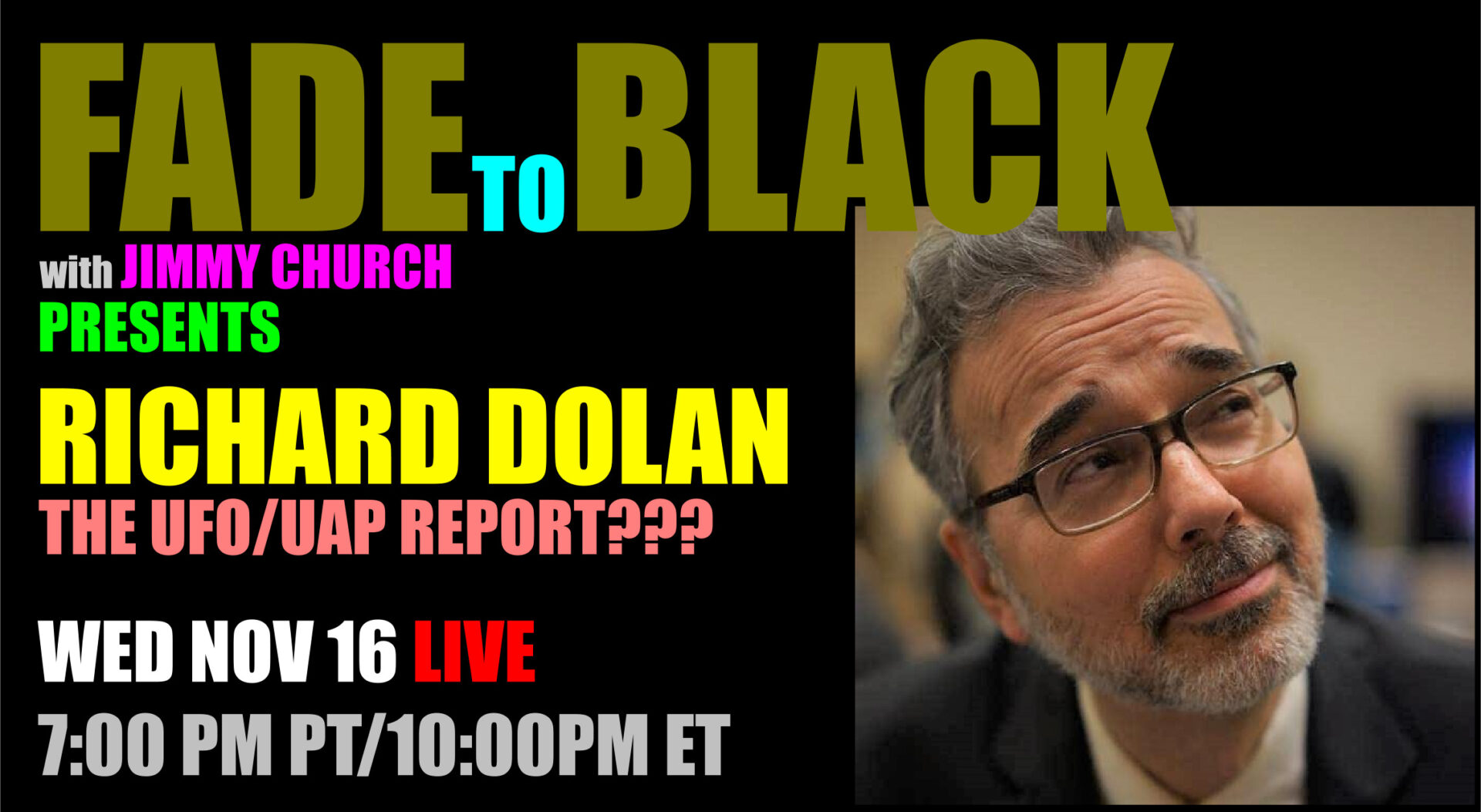 Tonight, Wednesday on FADE to BLACK: Richard Dolan is back to discuss what is going on with the UFO/UAP report that has been delayed for over two weeks...