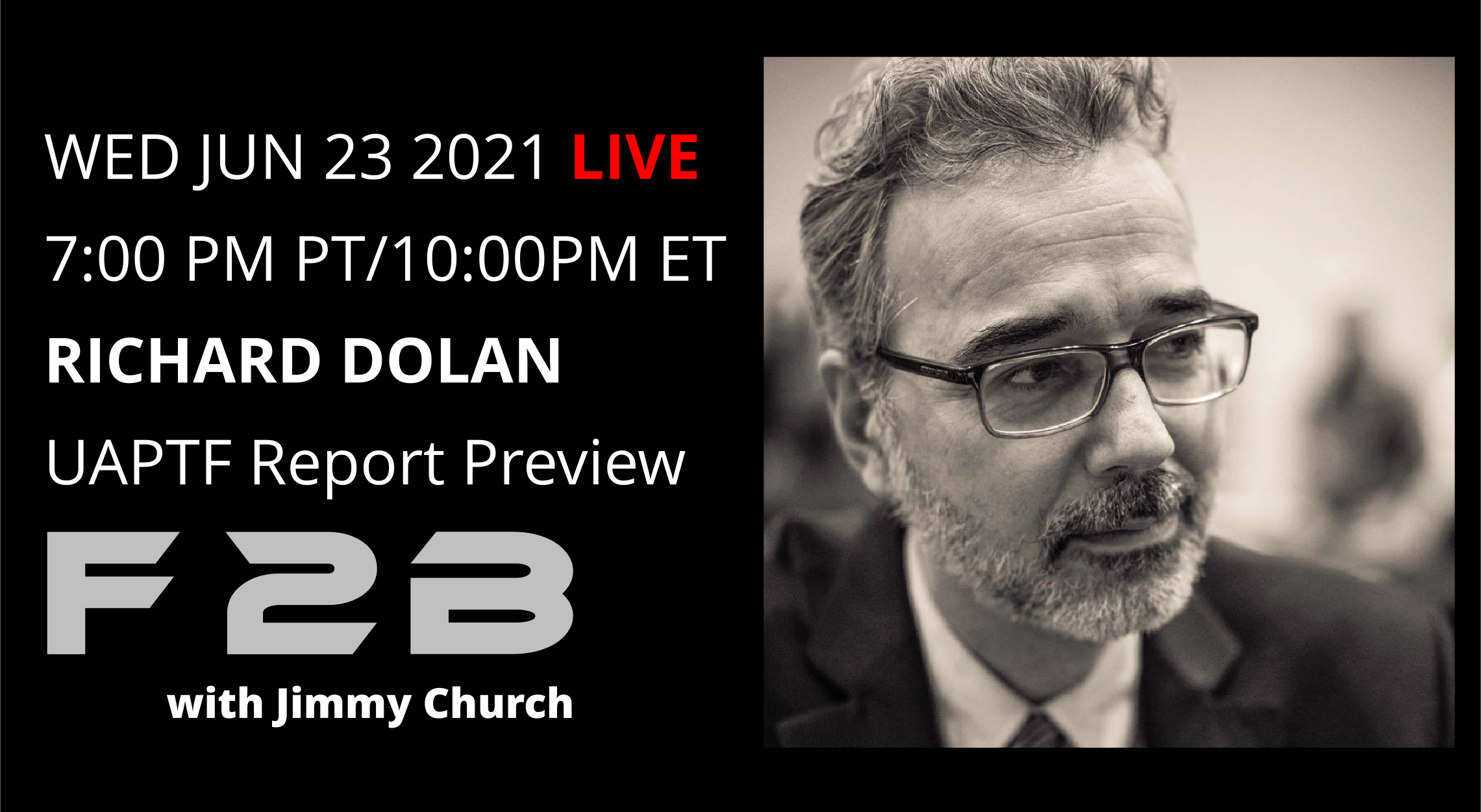 Wednesday on FADE to BLACK: Richard Dolan joins us on the eve of the UAPTF Report that is due for delivery on June 24th, 2021. Tonight's show is on the 23rd. We are going to do a full preview of what is expected, what we would like to see in it, as well as a full analysis of Lue Elizondo's comments on Fade to Black, Thursday, June 17th.