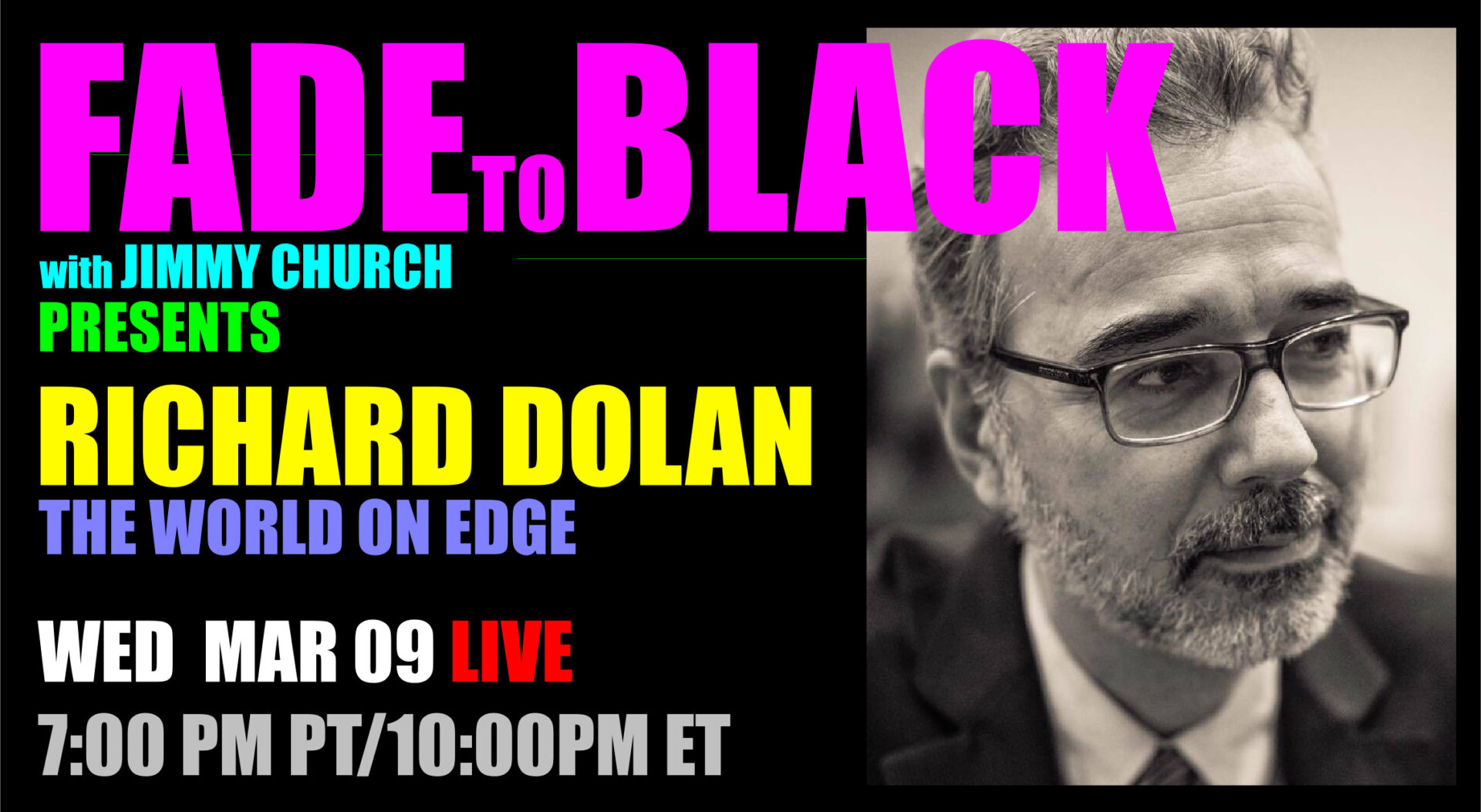 Tonight, Wednesday on FADE to BLACK: Richard Dolan is back with us to discuss our world today... a world that is on edge.