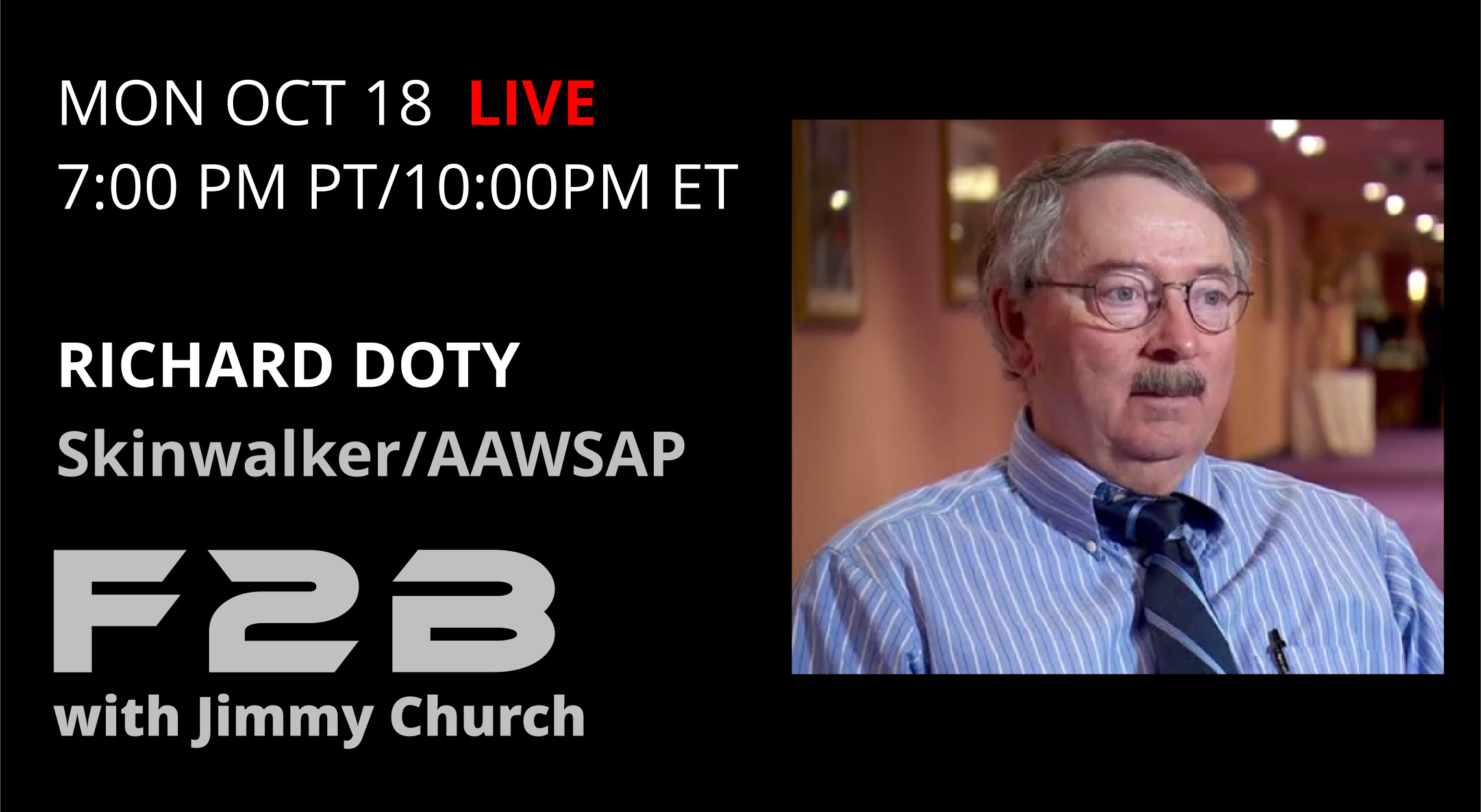 Monday on FADE to BLACK: Richard Doty joins us to discuss the recent revelations about Skinwalker Ranch, the DOD involvement in funding BAASS, AAWSAP, MUFON, and the possibility of a massive disinformation program run by our government.

Today Richard is retired and employed as a consultant.