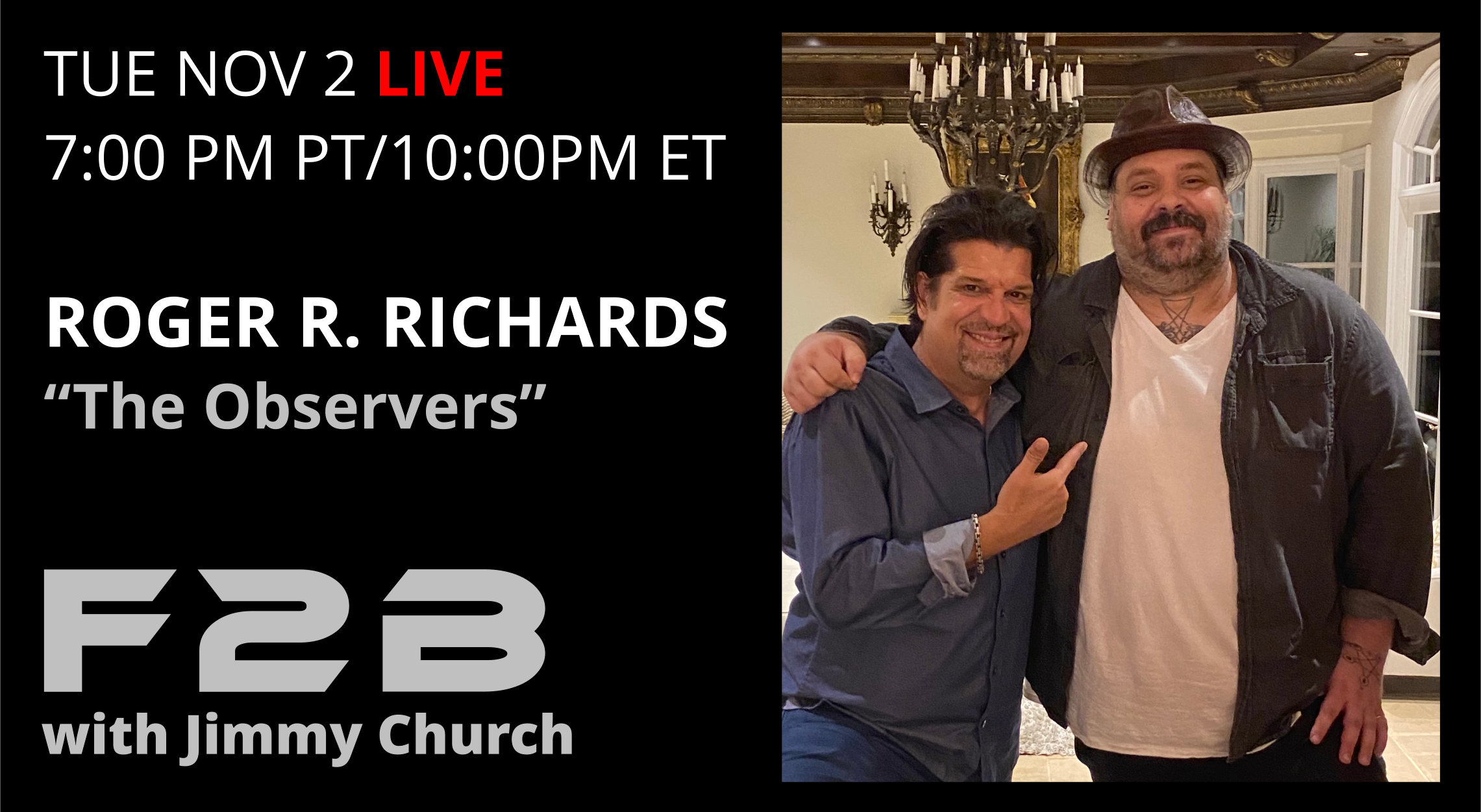 Tonight, Tuesday on FADE to BLACK: Director Roger R. Richards joins us to talk about his new film: "The Observers" that will release worldwide on November 11, 2021. The film features Richard Dolan, Linda Moulton Howe, Whitley Strieber, Lue Elizondo, William Henry, Jimmy Church, Jesse Ventura, John Greenewald, and Debbie Kauble... who discuss the UFO/ET reality and what Disclosure means for the future of our world.

Roger R. Richards is an American Filmmaker, Poet, Artist and Activist, who is known stylistically for his “True Conspiracy” documentary aesthetic.

His films explore highly controversial and subculture topics that can challenge a viewers understanding of the very nature of reality. These topics include unacknowledged government programs, global political corruption, the JFK assassination, quantum computing and other advanced classified technologies. Richard’s highly abstract and archetypal poetry is authored under the pen name “Emma Gold” and his visceral and iconic multimedia art explores themes of the occult, psychedelia, and multidimensional consciousness. Richard’s work has been seen and experienced by millions of people around the world and he has achieved a somewhat infamous and mysterious reputation for exploring these highly controversial subjects through his films, art, poetry, and activism.