Roy Thinnes of "The Intruders" 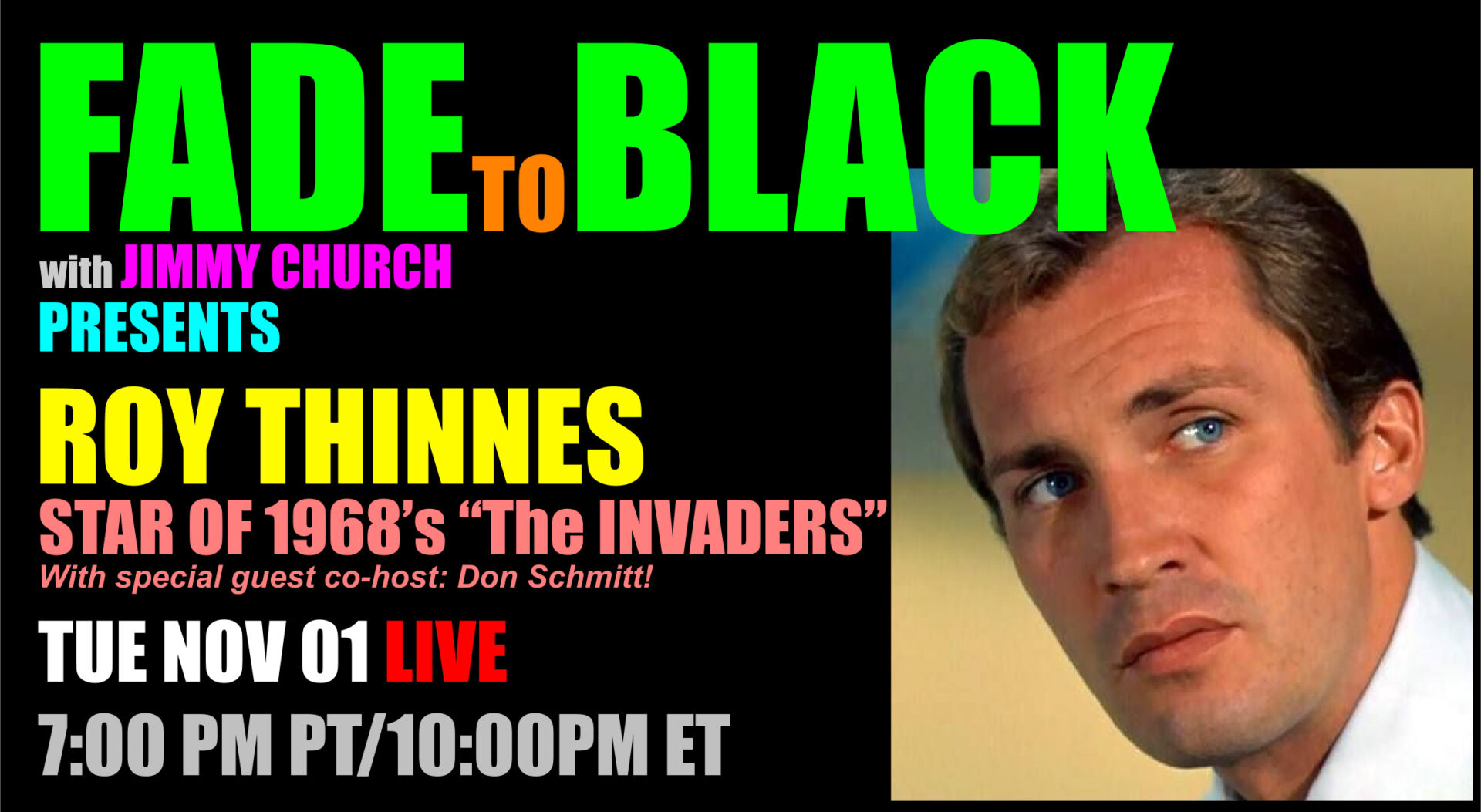 Roy's first prime time role was the "A Fist of Five" episode of The Untouchables, as a brother of an ex-policeman (played by Lee Marvin). Later that year he appeared on Gunsmoke in the episode “False Front”.

He appeared on General Hospital from 1963–65. In 1964, he guested twice on the CBS drama The Reporter. Roy then co-starred on ABC's The Long Hot Summer.

Then it happened: 1967 and 1968, Roy starred in The Invaders, a TV series in which he accidentally witnesses the arrival of aliens from another planet. The series became a cult classic, leading to other 'aliens vs earthlings' films and TV shows.

In 2004, TV Guide placed his character David Vincent at #6 on its 25 Greatest Sci-Fi Legends list.

To see the complete Thinnes on TV and film just visit his IMDB page... but I can't leave out The Sopranos, the X Files, Law and Order and Oz...