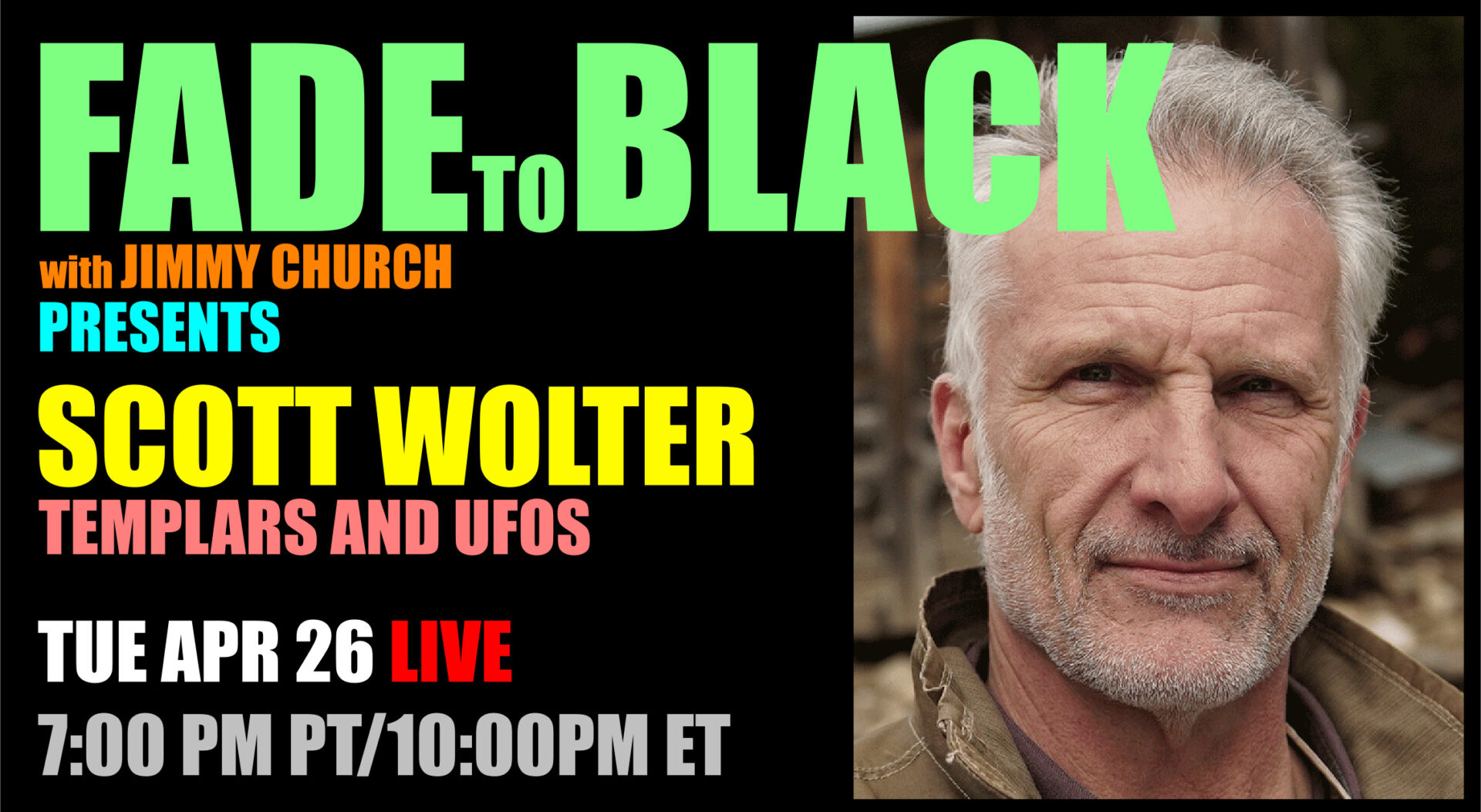 Tonight, Tuesday on FADE to BLACK: Scott Wolter is with us to discuss the Templars and UFOs... the first time we have been together on video for the Fadernauts!

Scott is an author and host of America Unearthed and has been the President of American Petrographic Services since 1990.

Scott is responsible for the independent petrographic analysis testing laboratory where the Kensington Rune stone was brought for investigation in 2000. He’s been the principal petrographer in more than 5,000 investigations throughout the U.S., Canada and Puerto Rico, including the evaluation of fire damaged concrete at the Pentagon following the attacks of September 11, 2001.